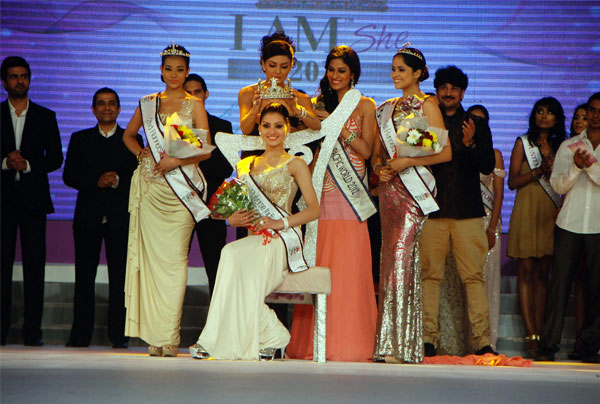 An evening of fun, frolic and fashion took place as the City hosted one of the most-awaited events of the year — the I am She Miss Universe contest. The winner Urvashi Rautela will represent India at the 61st Miss Universe pageant to be held in December, this year.

The glamour quotient was at an all-time high at the Leonia Holistic Destination & Resorts, Hyderabad, as 20 beautiful girls from across the country contested for the coveted crown of I am She Miss Universe pageant and a panel of judges including actors Mugdha Godse, Harman Baweja, boxer Mary Kom, designer Neeta Lulla, photographer Santhosh Sivan, Dario group sales director from Istituto Maringoni and Richard Hyde from the British Council judged them.
After some gruelling rounds including swimsuit wear, evening gown and interviews, Miss India Universe 2012 and the two runners-up were selected. Urvashi Rautela, 18, from Uttaranchal was declared the winner. Shilpa Singh was adjudged the first runners up and Arlette Garo, the second runner up at the contest.
There were many memorable moments during the pageant that kept the audience on the edge of their seats. Cheering throughout for their favourite participants and enjoying the cultural extravaganza, the home crowd was seen having a gala time.
The winner of the show Urvashi had to face a question from one of the judges Harman Baweja. Not having heard the question right, she did not hesitate to ask Harman to repeat the question three times. She still managed to be in control and impressed the judges and audience alike with her confidence.
Another such moment was when Hyderabad’s very own Aneesha Chowdhary who made it to the top 5 gave a quirky answer. She was asked what came first chicken or an egg? Her answer was that she had the egg before chicken and that she liked to believe that the egg came first.
The judges too had their share of fun. Harman like a true charmer entertained the audience by asking the boxing sensation Mary Kom to dance with him and she played along by teaching him some boxing-inspired steps.
With 20 beautiful contesta­nts and more glamorous judges, the founder of I am She, Sush­mita Sen in a blue sequ­inned gown still managed to steal the show from all the others. 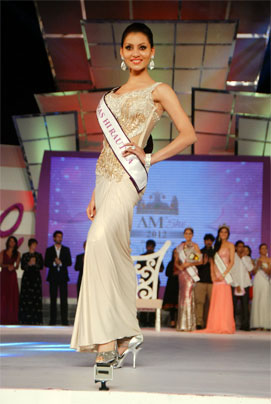 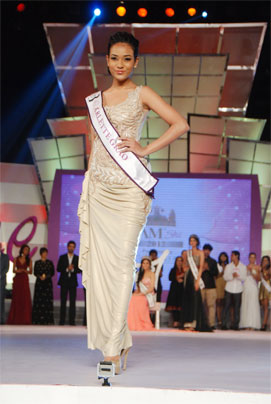 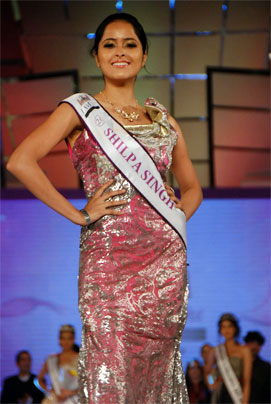