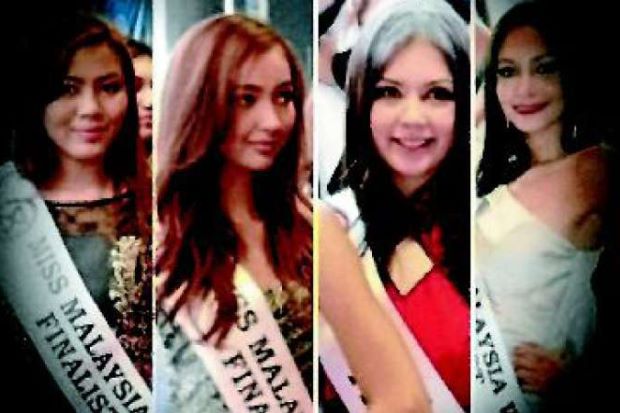 PETALING JAYA: Three of the four Muslim finalists of the Miss Malaysia World pageant who were deemed to have insulted Islam have issued an apology.
Contestant Sara Amelia Muhammad Bernard, 20, said she had issued a formal apology to the Federal Territory Islamic Affairs Department (Jawi).
“My intentions were not to offend Muslims or my own religion,” she said yesterday.
Finalist Wafa Johanna De Korte, 19, also issued an apology.
“I’m not at all against the fatwa ruling. I respect that the fatwa is there to protect the Muslims of Malaysia.
“If anyone is insulted, I’m deeply sorry, but it was never my intention to insult anyone,” she said.
It was reported that Jawi has launched an investigation against the four pageant finalists as they were deemed to have insulted Islam.
Jawi director Datuk Che Mat Che Ali said Jawi’s enforcement unit would look into the matter following a Malay daily’s report that the girls were bent on taking part in the beauty pageant despite the edict by the National Fatwa Council.
The council had issued a fatwa that was gazetted on Feb 8, 1996, under the Administration of Islamic Law (Federal Territories) 1993, which states that participating, organising or contributing to any sort of beauty contest is haram (not permissible) and a sin for Muslims.
Finalist Miera Sheikh, 19, declined to comment about the Jawi probe.
However, she expressed her respect for Malay culture and said that she strongly embraces her Islamic roots.
“I may not be a perfect Muslim but I was brought up in an Islamic and Malay culture despite my open-mindedness on certain things in life,” said Meira.
“To me, Islam will never fade in my life until my last breath because my roots from my ancestors till my parents’ generation and mine will still be Islam.”
The fourth finalist, Kathrina Ridzuan, could not be reached for comment.
Pageant organiser Datuk Anna Lim said the four would be allowed to attend the event as guests.

Related articles:
Action can be taken against anyone belittling a fatwa