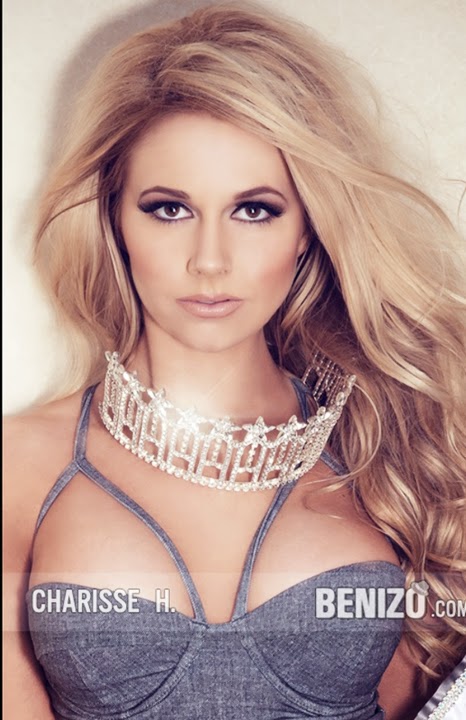 I got involved in pageants while in college. During high school, I was involved in a number of activities including cheer leading, swim team and various organizations and kept very busy.  While in college, I found that there were not as many activities available and found myself wanting to be involved in something positive where I could work hard, set goals, and meet a lot of amazing people. Pageants was a great outlet to do that.

If your friends were to describe you, what would they say?

My friends would describe me as a person who is very focused, extremely loyal and great comic relief!

Self-confidence is being able to be comfortable with oneself and one's abilities. It is not only self-respect, but also acceptance of who you are in your own skin – and being okay with that.

If you were stranded on a desert island and could only have three things with you, what would they be and why?

1.  My iPad – you’re never alone as long as you’re connected. Skyping with my family, friends, and pets would be mandatory.
2.  My Vitamix – because no matter what you put in there, it always comes out tasting delicious.
3. My Pilates equipment – because I’m addicted to Pilates. 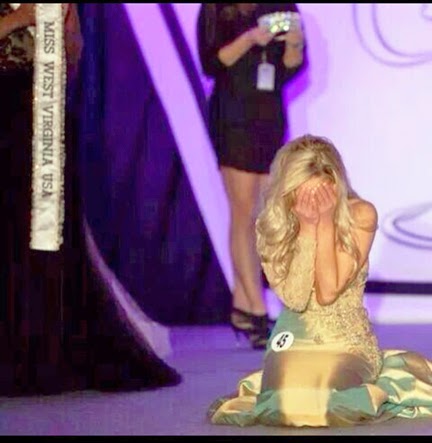 Name three things that you would never do.

1. Drugs
2. Compromise my character for personal gain
3. Become a pessimist

What makes you angry?

Seeing the commercial on TV with all the abused animals with the song “In the arms of an Angel” playing in the background.  I get angry every time I see those poor neglected animals.

How do you handle a tactless person who makes his/her prejudices known in public?

I have learned that people like that are trying to attract negative attention.  So I would pay them no mind.

If you could cure any disease, what would it be and why?

CANCER.  I have been touched by this disease in so many ways it’s unbelievable.  Unfortunately, my very best friend is currently in the fight of her life battling a very aggressive and rare type of cancer.  I’m always recruiting for anyone who wants to join in on her prayer chain – her name is Taylor Jones. 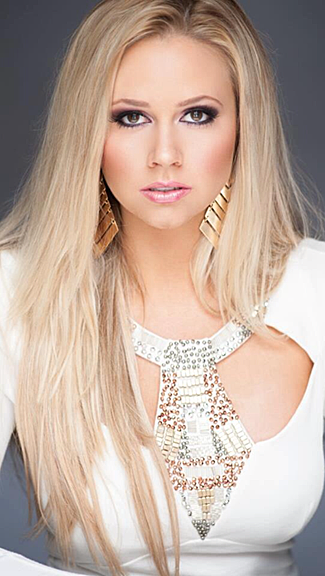 What is the best piece of advice you have ever received?

I can thank my mom for this one – “Remember that everyone puts their pants on one leg at a time.”

What does being an American mean to you?

As Americans, we are presented with endless opportunities, afforded to everyone, equally.  Last summer, I watched a citizenship ceremony, and witnessed a number of people become Americans.  Seeing and hearing their reactions, watching them give thanks, and celebrating in their joy reminded me that we are blessed to be part of such a great country.

Is it acceptable for titleholder who is religious to share her faith in public on appearances?

I do believe in our right to freedom of speech as well as expression. If  one's faith is a very important part of who they are, then wouldn't it be  dishonest of them to suppress that side in hopes of pleasing others? I admire  people who can be themselves to the core and if their religion or faith is a part of that core then they should not hide it.

What do you think was the most important discovery during the last quarter century?

Personally, dry shampoo! I don't consider smartphones a discovery, but more so an invention, so globally speaking, I think we were all intrigued to discover  that Pluto is no longer considered a planet.

What qualities do you think the perfect man should have?

Tall, dark and Croatian. And honesty. Honesty is very important.

What makes West Virginia unique from the other states?

The people!  The people of West Virginia have a unique sincerity and genuineness about them that I have yet to find anywhere else. Example: I wrecked my car while traveling for work in a very rural area of southern WV (12 miles from the Hatfield and McCoy trails is what the sign I ran into said - to be exact) and I had no cell service. I hadn't had cell phone service for a good 40 minutes and I knew I was stuck between a rock and a hard place - literally. I started to panic as it started to rain, and  just like a movie, a car approached slowly and rolled down the window and the kind West Virginians inside offered their help. I was towed out of the ditch, had my tire changed for me, was able to notify my family that I was okay as I was led to the nearest town to have my car fixed. That is something I feel is so inherent to the hard working, grateful and amazing people of my state. That's probably why I have never left here. John Denver said it best, "...almost heaven, West Virginia..." I think, like my fellow contestants, it's been a dream of mine from childhood. That's where the vision started. Now, though, as a pretty accomplished young woman, I feel I have so much to offer the Miss Universe Organization from a business  &  branding standpoint. I am a business woman, it's in my blood - both of my parents are business people; I think my ability to have a business sense while maintaining my unique, bubbly & down to earth self sets me apart. Women in this world are making great strides every day and I think it's so powerful to see a woman in a leadership position who can relate to so many people. I've worn many hats in my life & I wouldn't mind adding a crown to that collection. I'm READY to take the job as Miss USA and I think that's important.