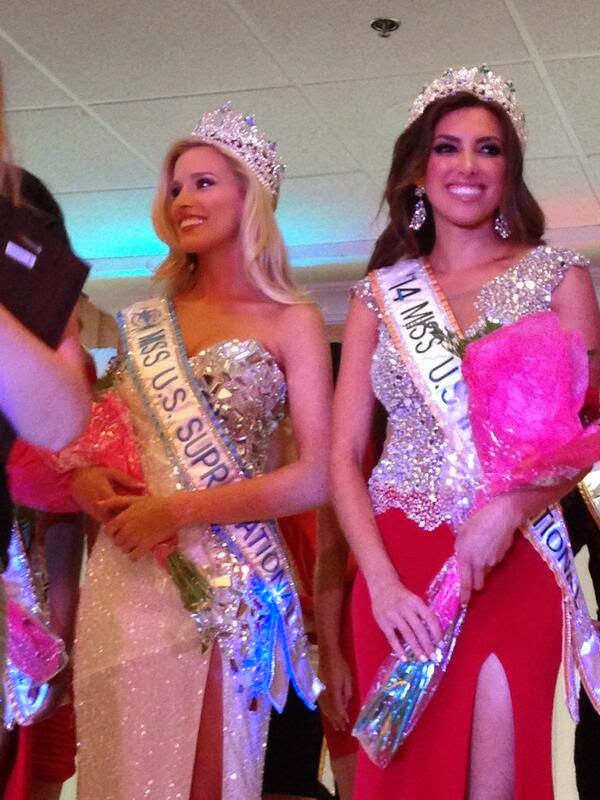 Samantha Brooks (right), representing California, was crowned Miss U.S. International 2014 and will compete in Miss International 2014 in Japan in November. Allyn Rose (left), representing the Atlantic Coast, was crowned Miss U.S. Supranational 2014. The coronation took place at the Holiday Inn in Kissimee, Florida on June 27th.  Rose is a pageant veteran; her previous titles include Miss Sinergy 2010, Miss Maryland USA 2011 and Miss District of Columbia 2012 (for Miss America). Brooks competed in Miss California USA 2013 where she placed in the Top Ten.