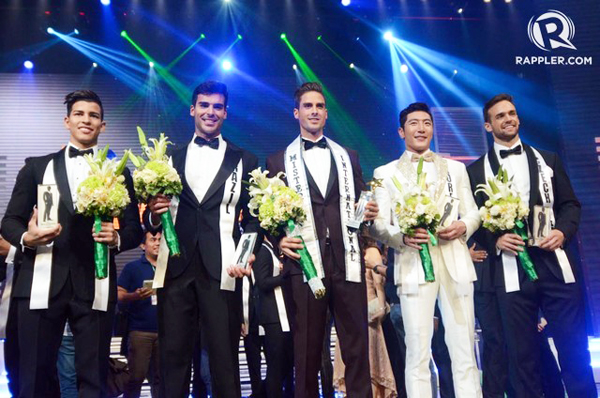 Completing the top 10 were Reniel Villareal  of the Philippines, Rafael Angelucci of Venezuela, Chris Nayna of Australia, Kenny Austin of Indonesia and Fernando Alvares of Puerto Rico.

Rounding up the Top 15 were Ivan Virrait of Sweden, Farid Matar of Lebanon, Nan Li of China, Alejandro Ruiz of Mexico and Daniel Barreres of Spain. The show was live streamed by Rappler. 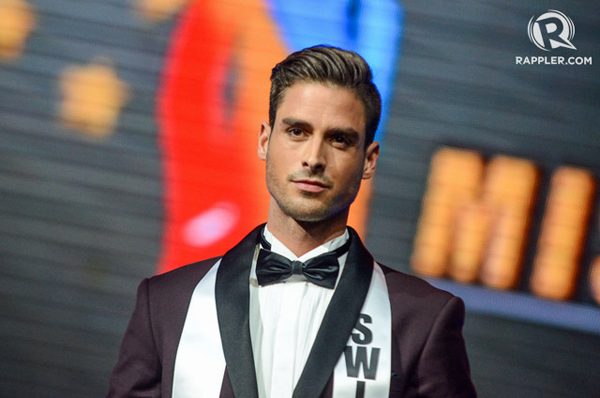 The pageant did not quite sail smoothly, especially towards the end. During the top 5 final question and answer segment, Panama's response in Spanish was translated to English by one of the judges, José Anmer Paredes, who was Mister International 2013 from Venezuela. Switzerland could not make up his mind whether to answer in English or French, and the buzzer went off 30 seconds later even before he could finish his choppy response in French which was translated by a woman interpreter on stage. His question was: "If you were a world leader, what would you do to make a difference in the world?" He replied, "[If] You cannot be the best...it means you have to try to be the best. [I would like] to show you what I can do." His answer was actually the worst, but it did not deter the judges from crowning him.

Korea's question came from an Asian female judge whose English was unintelligible that it had to be paraphrased by the host; the delegate's answer in Korean was then translated by his own national director.

Before the official results were announced, the hosts spent at least ten minutes thanking all the sponsors (every individual and group), which spoiled the suspense and diminished the viewers' excitement.

And a most curious situation occurred when Australia's representative Chris Nayna fainted during the lengthy announcement of the sponsors. Click the graphic below which will take you to the link of the video. 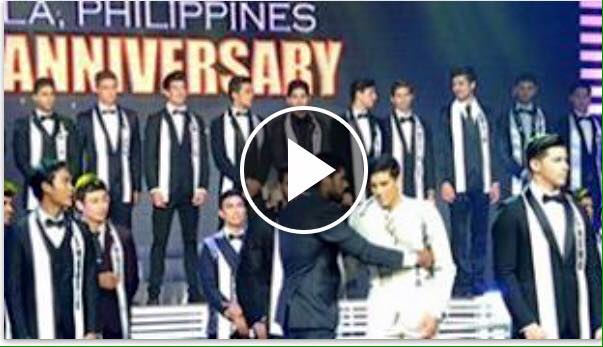 Over 50 countries were expected to participate in the pageant's tenth anniversary, but only 36 made it. (Note: the pageant actually debuted in 2006, which should make 2015 its 9th anniversary.) Visibly absent were delegates from Argentina, Chile, El Salvador, Nicaragua and Peru - whose national directors decided to boycott this year's pageant after the scandal earlier this year (read all about it here).