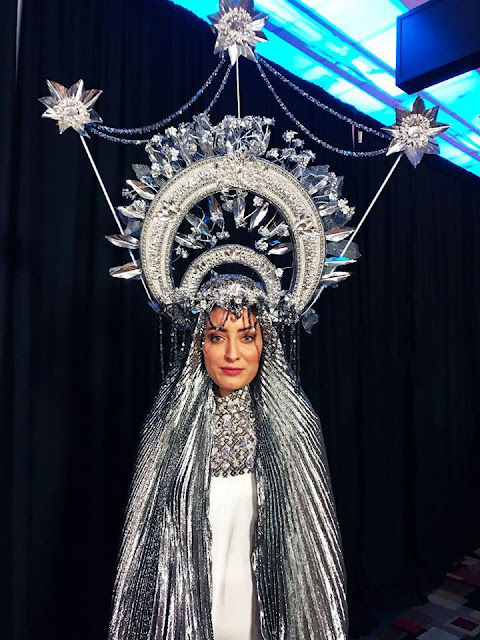 MISS IRAQ'S DILEMMA: The last time that Iraq competed in Miss Universe pageant was in 1972. The contestant, Wijdan Burhan El-Deen Sulyman, wore a one-piece swimsuit which hardly caused a stir within the Muslim world. Fast forward 45 years later to 2017, Iraq is back with a beautiful representative, Sarah Idan, 27, born and raised in Baghdad. However, her participation in the world's most prestigious pageant has enraged fundamentalist Muslims in her country and elsewhere. As a result, her family has been receiving death threats and the Miss Universe Organization (MUO) has been forced to take down all of her bikini photos from the official website. This is Islamic Sharia law at its best. By removing all of Miss Iraq's swimsuit photos, MUO has caved in to Sharia. Not only has Miss Iraq's individual freedom been curtailed by a primitive and savage law, MUO's control rights have also been compromised. Next year, should Iraq send another representative, better not send a Muslim! 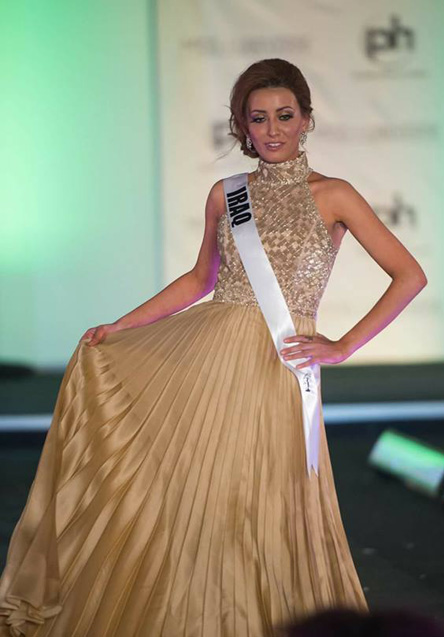 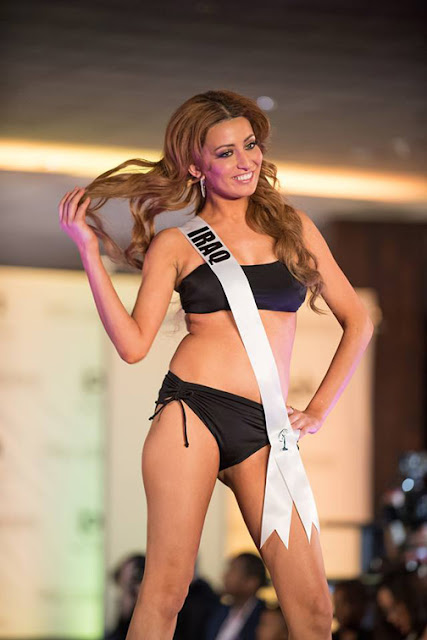 During the preliminary competition held on November 20th at Planet Hollywood, Idan competed both in the evening gown and swimsuit segments. She actually wore a bikini (above). The event was live streamed via Facebook. However, when the stream was shown again on Saturday, November 25, Miss Iraq's swimsuit performance was deleted. Go figure. Critical Beauty has received a message from a reliable source that Idan might very well earn a spot in the Top 16 because "she has a story to tell" and that her inclusion is good for publicity and ratings. We'll just have to see about that.

The 2017 Miss Universe pageant will air LIVE from The AXIS at Planet Hollywood Las Vegas, November 26, on FOX. Steve Harvey is set to return as host.
at 10:29 AM