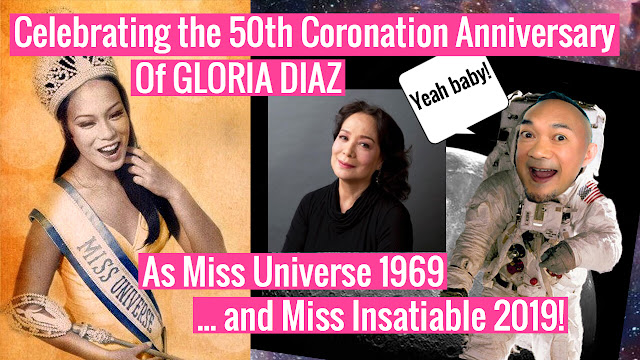 Critical Beauty salutes Gloria Diaz as she celebrates her 50th Coronation Anniversary as Miss Universe 1969. Several members of the Critical Beauty Group on Facebook have posted warm and beautiful congratulatory messages for Gloria in the hope that she will get to read all of them. We have captured the screenshots of these messages (posted from July 12 to 14, 2019) and published them here for perpetuity. 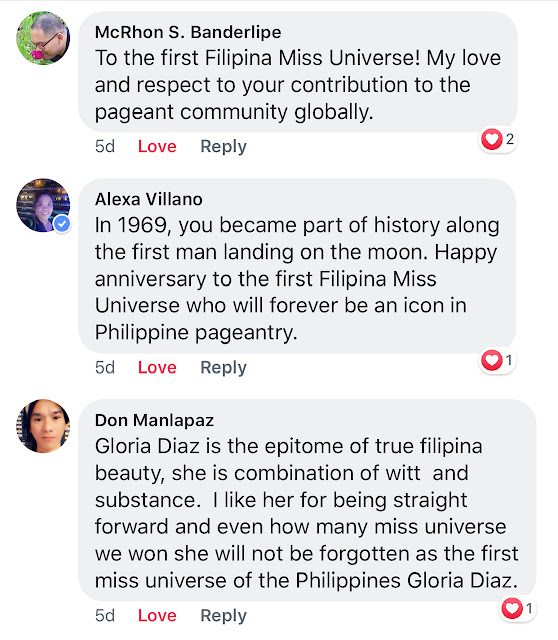 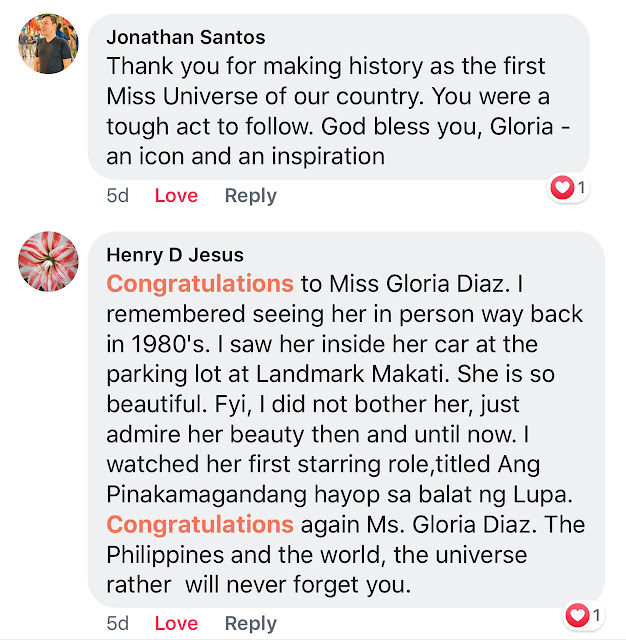 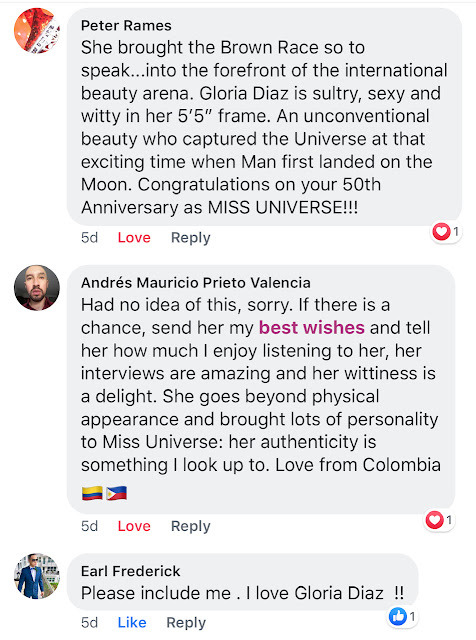 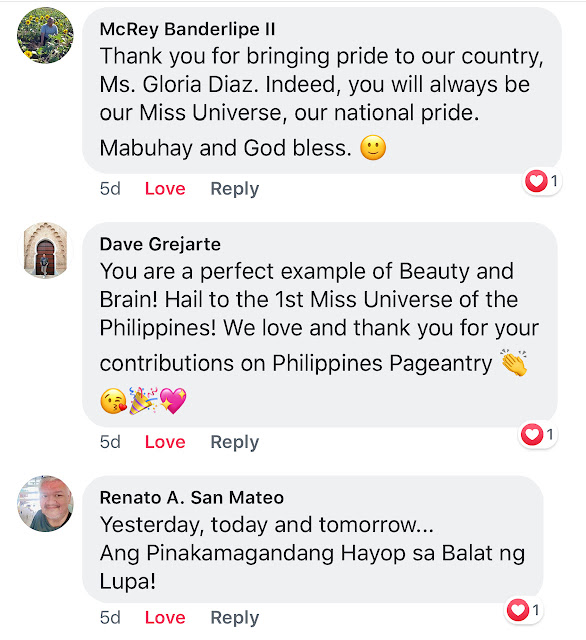 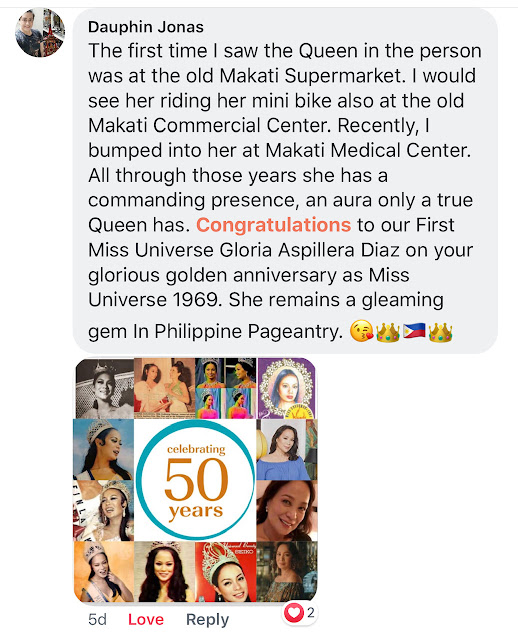 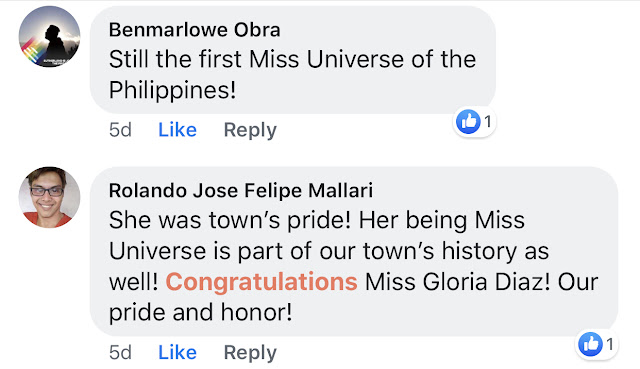 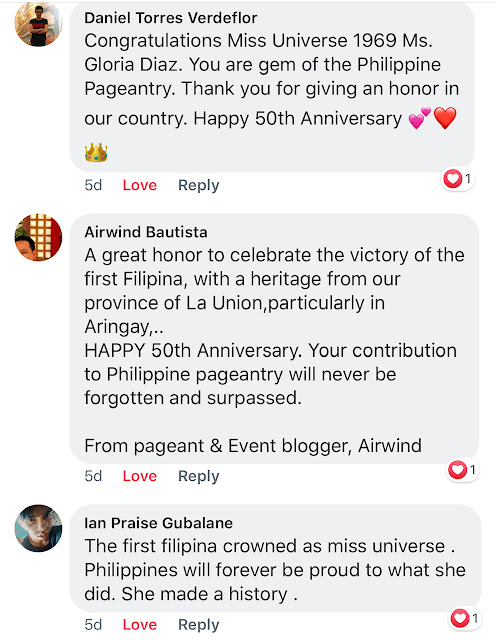 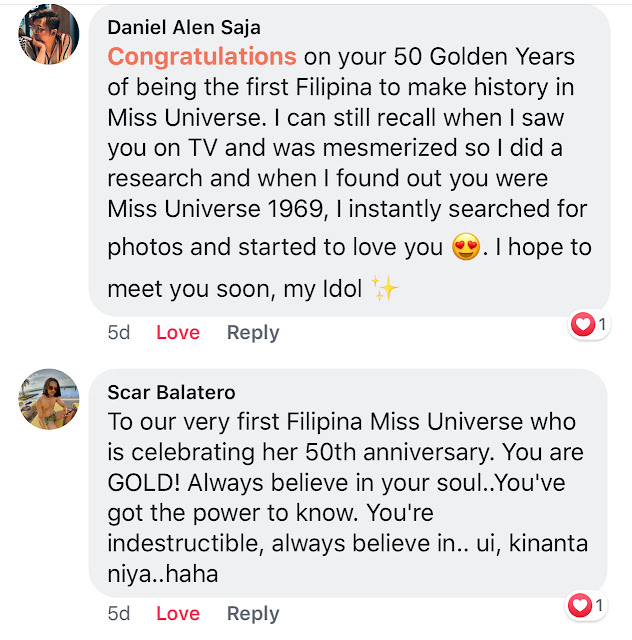 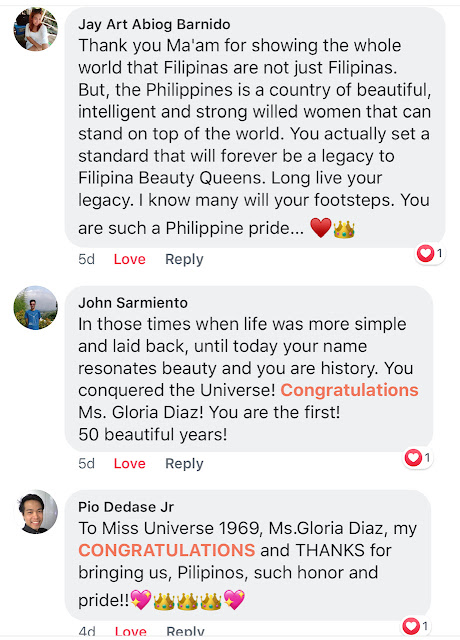 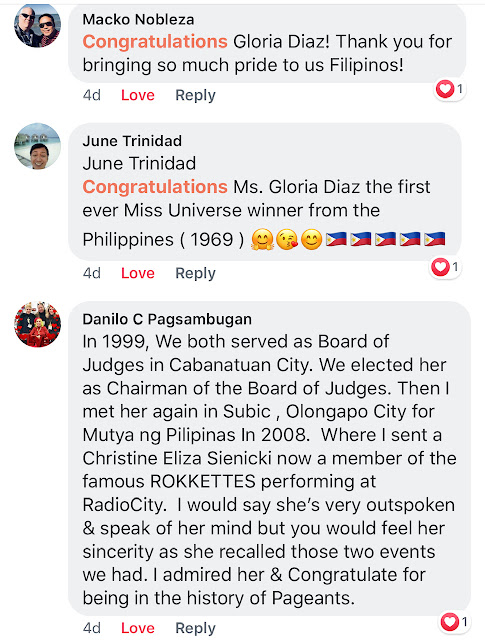 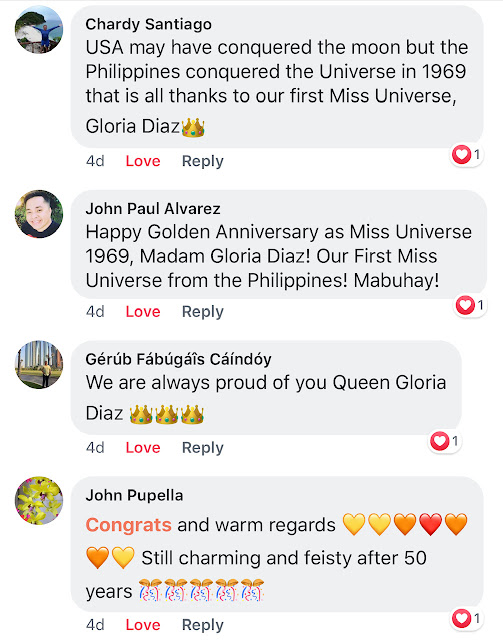 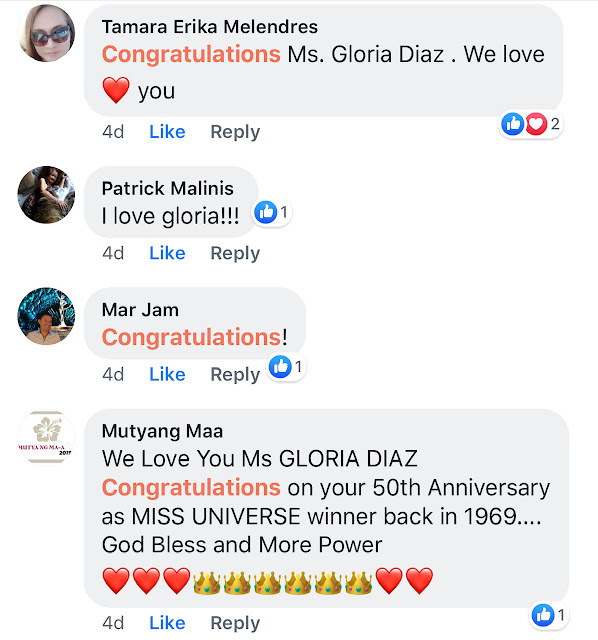 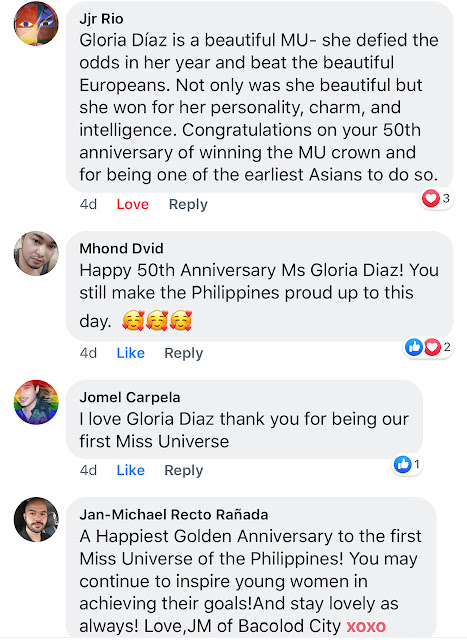 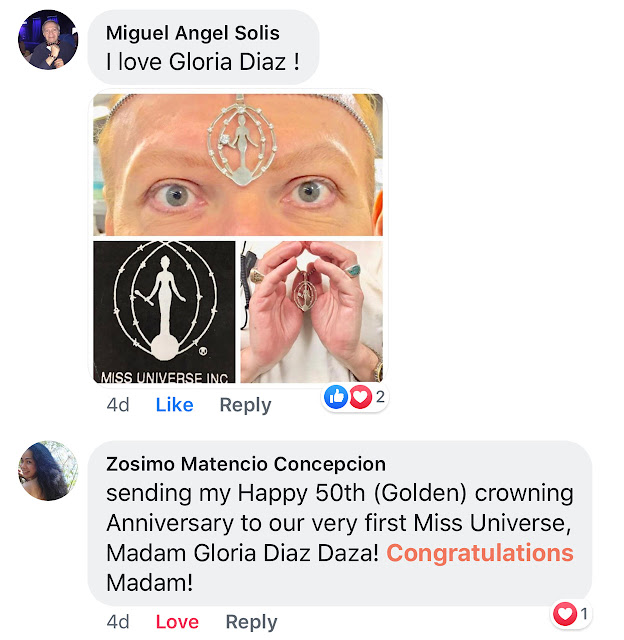 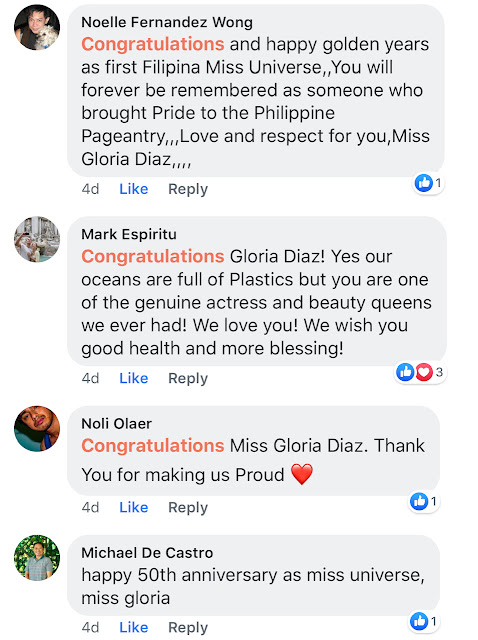 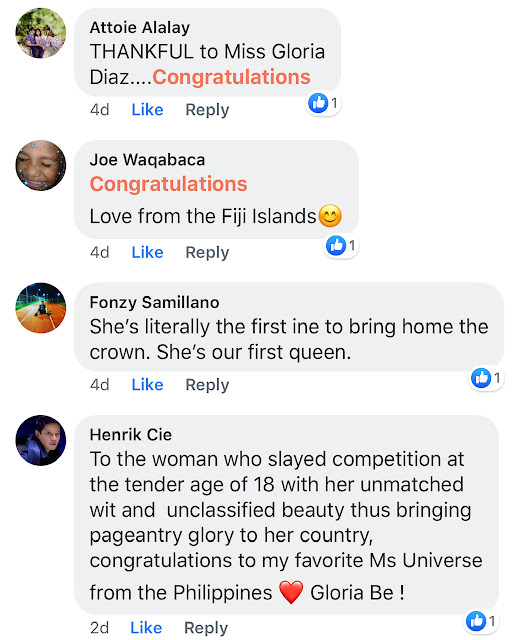 On the 50th anniversary that your beauty and personality were crowned as the best in the universe, I would like to share with you how proud I am that in the night of the election, your hair was styled by a famous Chilean: Luiggi Congratulations for been the first Philippine woman to win the Miss Universe pageant. With love from Chile (and England) Ricardo Güiraldes

Congratulations Gloria for your 50 anniversary From Honolulu, Hawaii! Please do a “Pictorial Book” since the day you were invited to participate in Miss Philippines to all the way when you crowned Marisol Maralet !  Yours Miguel Angel Solis 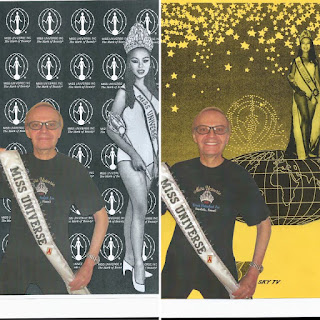 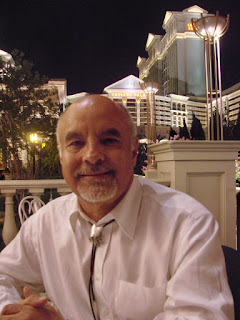 Gloria memories: Two days after she won, on Monday 21 July 1969----I knew she would be in New York and called her to the Hilton Hotel (I forgot now, how I knew she would be there?) and spoke to her to congratulate her on winning MU-1969. She told me that she was going to Brazil soon---I told her that I knew 'HER IMPERIAL HIGHNESS' along with Gemma Cruz! She was very sweet, then we said our good byes and hung up! About 1976 or so, I saw her again at Gucci's on Rodeo Drive in Beverly Hills, she was with 3 very young and handsome Filipino men----I introduced myself to her, and reminded her of our 1969 telephone call! She was so noisy (hhaa) and wanted to see what I had bought, and opened my bag and showed her my new belt! I found her complexion so BEAUTIFUL--and-CLEAR----when she smiled, her eyes SPARKLED like DIAMONDS--she was so charming and a real woman! Then in 1977 in Santo Domingo, Dominican Republic, when she went there as a guest of the MISS UNIVERSE pageant! We had dinner that night and I was impressed that she drank Perrier Water from France---she was very SOPHISTICATED-and-COSMOPOLITAN----A real INTERNATIONAL-BEAUTY! I even did her hair for the finals of MU-1977--we had a wonderful lime. In 1981 I hosted a dinner party for Armi Crespo-Miss Philippines-1972 and Gloria came and so charming! Then I saw her in 1994, when I went to Manila for MU-1994, we saw her other a few times, and she went-on-and-on, how I hadn't changed at all, all of these years! That was the last time I saw Gloria! CONGRATULATIONS Gloria on your 50th anniversary as MISS UNIVERSE-1969 Wishing you many more HEALTHY ones! GOD bless you-- Memories are made of this---- 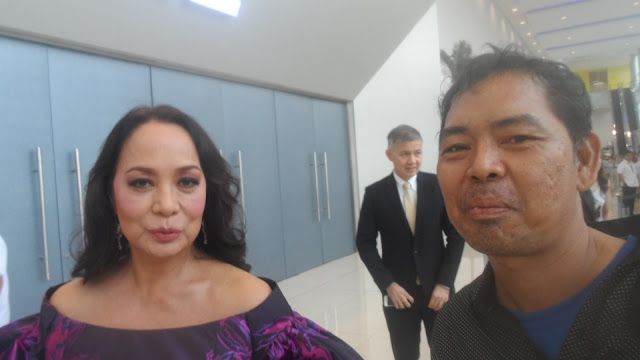 Pageant fan Mike Herrera shares this selfie with Gloria at the Miss Universe 2016 Red Carpet Show at the Mall Of Asia, January 29, 2017.