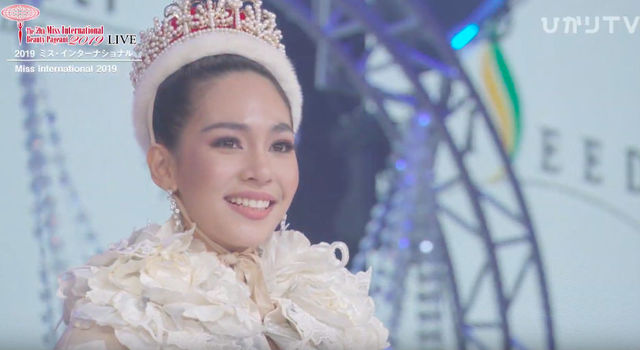 Sireethorn Leearamwat of Thailand, a 25-year-old pharmacist, was crowned the new Miss International 2019 at Tokyo Dome in Japan, on Tuesday, November 12. Leearamwat's victory marks her country's first ever Miss International title.  She succeeded Mariem Velazco of Venezuela. Eighty-three countries were represented in this year's pageant which was streamed live via Facebook and YouTube starting at 4:00 P.M., Tokyo time. 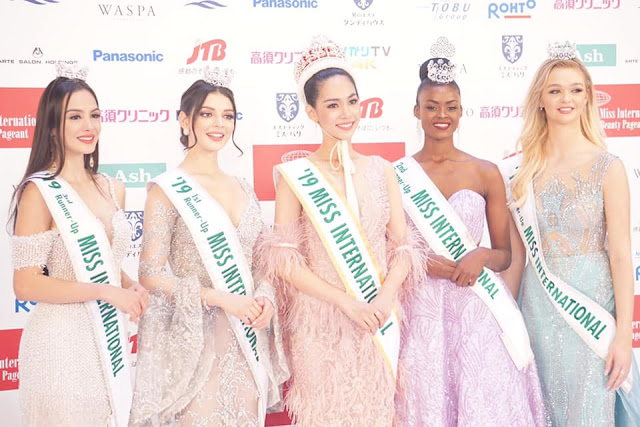 Rounding up the top 8 were Bea Patricia Magtanong of the Philippines, Nguyễn Tường San of Vietnam,  and Jolene Marie Rotinsulu of Indonesia. Completing the top 15 were Melissa Jiménez of Venezuela, Pawani Vithanage of Sri Lanka, Ivana Carolina Irizarry of Puerto Rico, Elize Joanne de Hong of the Netherlands, Kaye Cheung of Hong Kong, Jutta Kyllönen of Finland, and Maria Perviy  of Belarus.