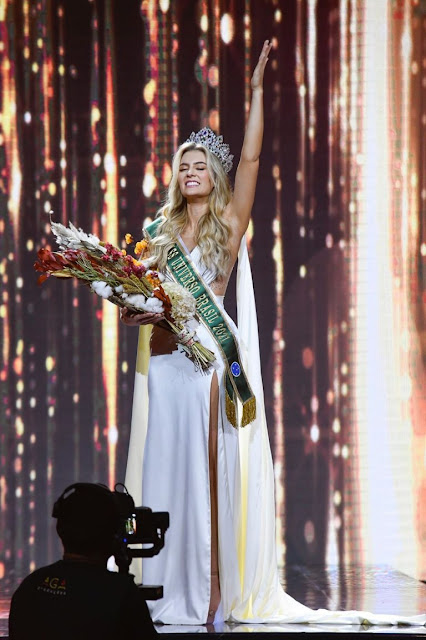 The competition was filmed on November 7, 2021 on board the MSC Preziosa, a cruise ship, and aired on November 9. But in order to preserve the secrecy of the results before its airdate, crowning moments for all three finalists were filmed, while only the one of the winner was aired.

Santos, a psychology student, model and businesswoman will now represent Brazil at the 70th edition of the Miss Universe competition on December 12 in Eilat, Israel. The 2020 titleholder Julia Gama was not invited to crown her successor due to a dispute with the pageant organizer. 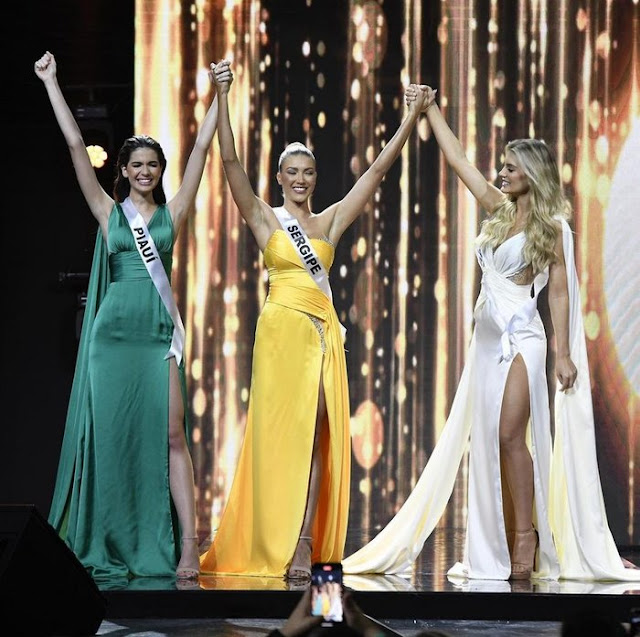 I honestly hate this type of twist in any pageant. Why put the audience and the contestants in suspense for two days before the actual winner is announced?

This was Santos's second attempt to win the crown (the first was in 2018 when she placed third.) She now has only less than 20 days to prepare for her trip to Israel where Miss Universe 2021 will take place.