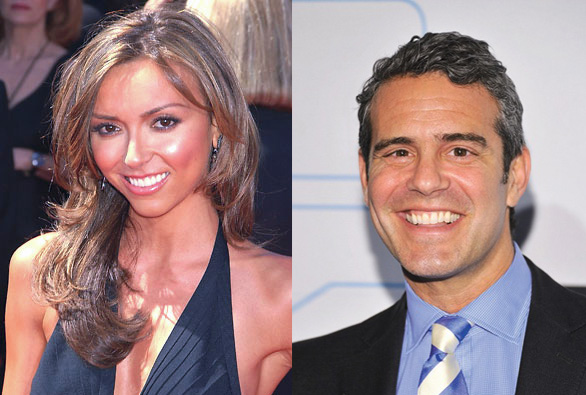 NEW YORK, NY – March 8, 2012 – NBC, Donald J. Trump and Paula M. Shugart, president of the Miss Universe Organization, announced today that the “2012 MISS USA® Competition” will air LIVE on NBC Sunday, June 3 from 9 to 11 p.m. ET from Planet Hollywood Resort & Casino in Las Vegas at the Theatre of the Performing Arts. Andy Cohen, host and executive producer of Bravo’s “Watch What Happens Live” and Giuliana Rancic, co-anchor of “E! News,” will host the competition.
“The city of Las Vegas, one of the most exciting cities in the world, will once again set the stage for the Miss USA competition, giving 51 of the most beautiful women in the country a chance to win the coveted title of Miss USA,” said Mr. Trump. “Planet Hollywood has consistently rolled out the red carpet for our contestants and it is natural for us to host the pageant there.”
Last year, the 2011 MISS USA® Competition on NBC was the #1 show of the night in the target primetime demographic of adults 18-49 and numerous other key demographics.
“The Miss USA competition is one of our favorite summer specials and we look forward to an exciting event live from Las Vegas this June,” said Doug Vaughan, SVP of Special Programs and Late Night for NBC.
The 2012 MISS USA® Competition will feature contestants from all 50 states and the District of Columbia. Contestants will be judged in three categories: swimsuit, evening gown and interview. The show concludes with one contestant ultimately being crowned Miss USA 2012.
Adds Shugart: “Not only will we have the hottest show on the strip the night of June 3, but we are excited to welcome back Andy Cohen and Giuliana Rancic as hosts. Andy and Giuliana’s charisma and energy are a great fit for us, and it was obvious they had a lot of fun together at Miss USA last year. We are happy to have them back.”
Andy Cohen is the host and executive producer of “Watch What Happens Live (WWHL)," Bravo’s late night, interactive talk show now airing five nights a week and featuring guests from some of Bravo's most popular series, as well as from the world of entertainment, politics and pop culture. For last year’s 2011 Miss USA competition, WWHL aired live immediately after the telecast making it the first time the show did a live remote broadcast outside of New York City. In addition to his hosting duties, he is also the executive vice president of development and talent for Bravo and serves as executive producer for “Top Chef” and “The Real Housewives” franchise.
Giuliana Rancic is a co-anchor of “E! News” and host of E!’s hugely popular “Fashion Police.” She is also the executive producer/star of her hit Style Network reality show, “Giuliana & Bill.” Rancic can also be seen co-hosting “Live From the Red Carpet” specials, including the Golden Globes and the Academy Awards.
Also returning as executive producers of the telecast are dick clark productions (dcp) led by Barry Adelman. Last year marked the first time the telecast incorporated a fan vote revealing the 16th contestant, along with a new technology enabling viewers to play “virtual judges” from their home.
The program concluded with Alyssa Campanella, Miss California, being crowned Miss USA 2011. During her reign, she represented the USA in the 2011 MISS UNIVERSE® Competition held in São Paulo, Brazil placing in the Top 16. She has been active in raising awareness for breast and ovarian cancer as well helping promote the USO Wishbook in support of our troops. Campanella has also made numerous TV appearances; most notably as a contestant on Food Network’s “Rachael vs Guy Celebrity Cook-Off’ and as a presenter on NBC’s “American Giving Awards.”
For artwork and a complete press kit from the show please visit the NBC Universal Media Village website at http://www.nbcumv.com/mediavillage/. Please follow us on http://www.facebook.com/nbc and at http://twitter.com/nbc.
The Miss USA telecast now reaches approximately 90 countries and territories. For more information, visit www.missusa.com.
SOURCE: http://tvbythenumbers.zap2it.com