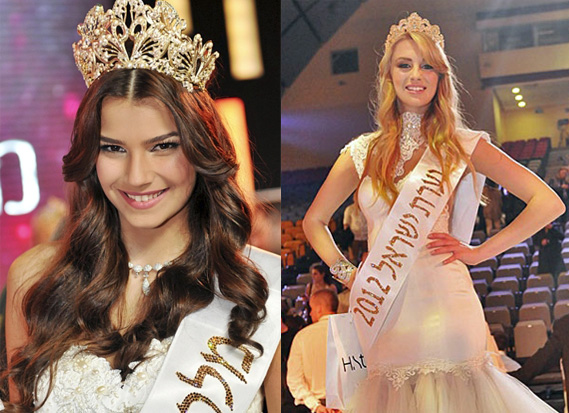 The new Miss Israel is Shani Hazan (photo, left), 19, who was crowned March 7th, in the city of Haifa. She will represent Israel in Miss World 2012 to be held in Ordos, Inner Mongolia, China on August 18th. Hazan is an avowed vegetarian and is currently serving in the Israeli navy as a systems operator.
Hazan's first runner-up and named Israel's Maiden of Beauty is Lina Machola (photo, right), 18, from Haifa. She will compete in Miss Universe 2012 to be held in December.
Completing the group of finalists were May Yoshia (Israel’s Queen of Grace), Noy Abner (Israel’s Teen Queen), and Suf Azulai. 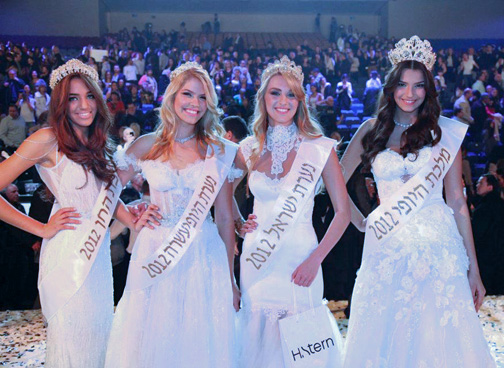 From left to right:  May Yoshia, Noy Abner, Lina Machola and Shani Hazan