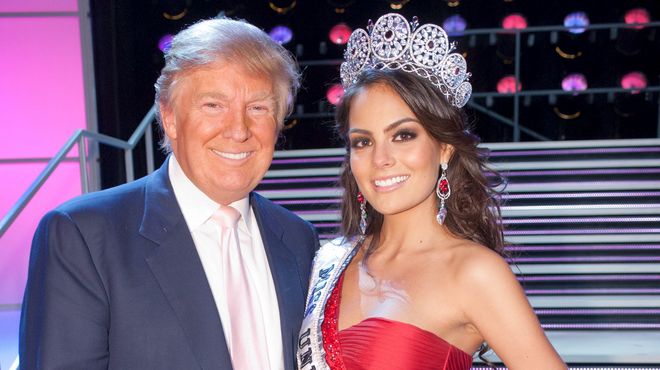 NEW YORK — The Trump Organization and Five Star Fragrance Company are thrilled to announce the launch of Success byTrump. This new fragrance collection for men by Donald Trump will be available exclusively at Macy’s nationwide beginning in March 2012.


Inspired by his own success in real estate, business, publishing and television, Donald Trump’s Success by Trump is an empowering scent. Created in collaboration with Yann Vasnier from Givaudan fragrance and developer, Jennifer Mullarkey, this fresh aromatic fragrance was carefully crafted with a unique blend of notes that include:
• Top Notes: Fresh Juniper and Iced Red Currant, brushed with hints of Coriander• Middle Notes: Frozen Ginger, Fresh Bamboo Leaves and Geranium• Bottom Notes: Vetiver, Tonka Bean, Birch Wood and Musk
“Attention to detail is critical in everything I do. This extends to choosing a great scent that exudes sophistication and confidence. We are thrilled to be partnering with Five Star Fragrance Company to broaden the Trump brand into this exciting category,” saidDonald Trump, Chairman and President of The Trump Organization. “Five Star’s expertise in fragrance production and marketing makes them a wonderful partner for us.”
The sleek and sophisticated packaging combined with the advertising campaign highlights the meticulous style synonymous with the Trump brand. The new advertising campaign features Ximena Navarrete, Miss Universe 2010. The print campaign for Success by Trump will begin running in May 2012.
“We are pleased and excited to be partnering with Mr. Trump on the launch of his fragrance,” said Rafael Villoldo, Vice President of Perfumania Holdings Inc., parent company of Five Star Fragrance Company. “The Donald Trump name is the very definition of the American success story. His success in all fields is an inspiration to all and is a true testament to his hard work. As partners, we have a strong foundation to make this one of the most successful male celebrity fragrance launches of the season.”
Success by Trump will be available exclusively at Macy’s nationwide beginning in March 2012. This four piece collection will include a 1.7 fl oz. and 3.4 fl oz. fragrance, an after shave splash and deodorant stick. Retail prices will range from $14 to $55.
SOURCE: Sacramento Bee, 3/18/2012