March 09, 2012
Michal Modai (photo), the fourth president of the Women’s International Zionist Organization and the widow of former Finance Minister Yitzhak Modai, passed away on March 2. She was 81. 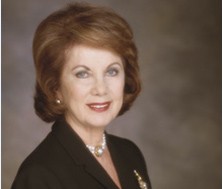 Modai’s career with WIZO was marked by a steady climb up through the ranks and a trend of social change and outreach at each new rung. After being crowned Miss Israel in 1951, she began volunteering with WIZO in 1968 in Herziliya Pituach, and soon afterward became branch chairwoman. She was particularly stirred by social problems she encountered among the some of Israel’s poorest residents, and recruited WIZO volunteers to concentrate their efforts on low-income communities. In 1974, she was elected WIZO deputy chairwoman, and in 1979 she became chairwoman.
One of her most passionate causes was stemming the tide of domestic violence. In 1983, she established the first WIZO shelter for battered women.
SOURCE: Algemeiner.com