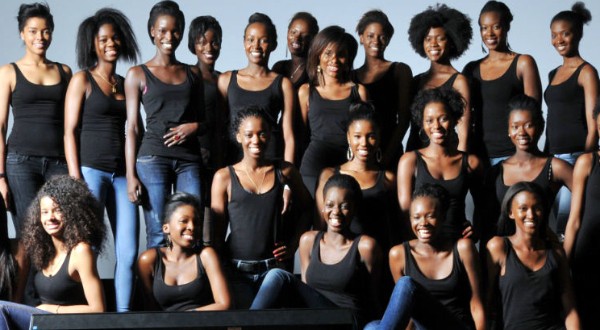 France is gearing up for its first ever “Miss Black France” pageant, and while many are excited about the show, others are calling it a step backward.
Saturday a bevy of French beauties will compete for the first ever “Miss Black France title in Paris,” an honor its promoters feel is long overdue.
“The purpose of this beauty contest is to shine a light on the many Black women in this country who are rarely given any media attention,” Frederic Royer, the pageant’s promoter, told France 24. “The Miss France competition is not nearly representative enough of modern France.”
The creators of “Miss France,” the country’s national pageant, called the “Miss Black France” contest “progressive,” noting, “France has a big racial mix and it must be emphasized as much as possible.“
The last time France had a woman of color take center stage in a beauty pageant was over a decade ago, in 2000, when Sonia Rolland - a biracial woman of Rwandan descent - won the “Miss France” title.
However, since then tensions in France, particularly an anti-immigrant sentiment, have continued to mount, culminating in a high percentage of voters (nearly 18%) supporting far right presidential candidate Marine Le Pen.
Critics of the “Miss Black France” contest claim it is “stupid” and “detrimental to French values” which officially ignores a person’s race (only seeing them as French), not even tracking it on the country’s census documents.
“This logic is detrimental to the values of French society,” Patrick Lozès, founder and former president of the French Representative Council of Black Associations. “If I think that there are not enough Black people in the most prestigious schools and companies, am I going to go create establishments exclusively reserved for Blacks?”
Despite many immigrants and people of color feeling increasingly discriminated against in France, Lozès says he’s afraid the new trend of singling out and acknowledging France’s black communities will further erode unity.
“I’m afraid that all of that will make French people even more defensive at a time when the National Front is more popular than ever,” he said. “It’s a contest that stipulates that white women are not welcome, which is very disturbing. This initiative could be perceived as a hostile event that will further erode national unity.”
While he doesn’t discount the discrimination currently at play in France, Lozès warns that having contests and intuitions catering toward France’s black communities is the wrong way to be recognized by the larger populace.
“We can’t start having ethnically exclusive contests if our ultimate goal is to have all-inclusive national contests. It’s a serious strategic error.”

What do you think? Is France’s first “Miss Black French” competition a good move or a step backward?