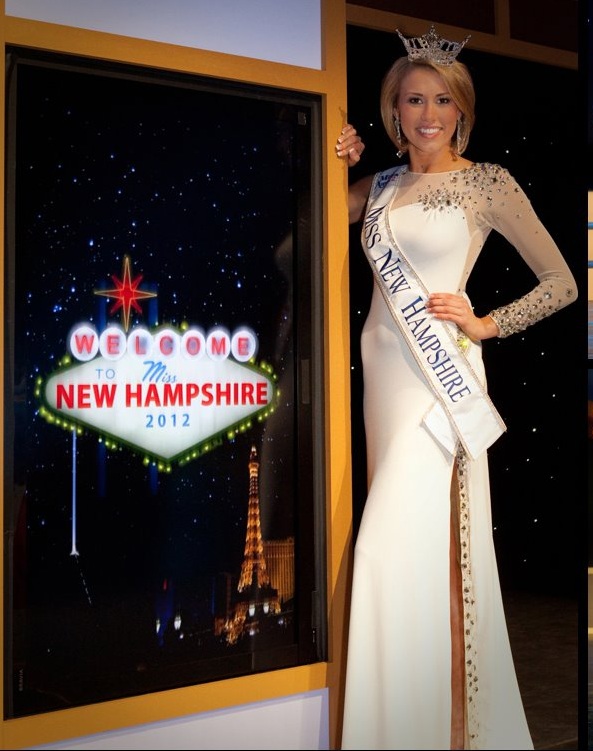 Megan Lyman was crowned Miss New Hampshire 2012 Saturday night, the Miss America Organization announced.
Lyman has a long history of participating in pageants.
She is a former Miss New Hampshire Outstanding Teen and represented her state at the Miss America's Outstanding Teen pageant.
She was a preliminary swimsuit winner at the 2011 Miss New Hampshire pageant, and is a former Miss Weirs Beach.
This year, she entered the state pageant as Miss Lakes Region.
Her talent is tap dancing, and her pageant platform is "Make-A-Wish Foundation: Providing Children with Hope, Strength and Joy."
Lyman will represent New Hampshire at the Miss America 2013 pageant, next January in Las Vegas. The final night of national competition will be broadcast live on the ABC television network.
SOURCE: Examiner.com, 4/28/2012
Photo courtesy of Katrina Bernard Photography, Megan Lyman FB