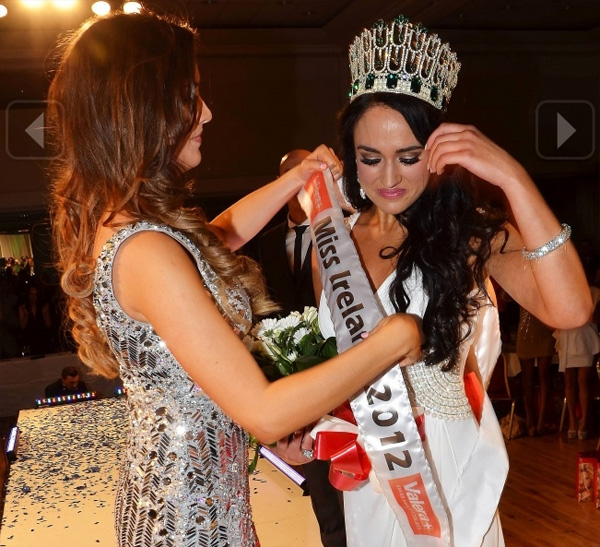 Maire Hughes was crowned Miss Ireland 2012 during a gala event Saturday night at the Ballsbridge Hotel in Dublin. She will now compete in Miss World 2012 pageant to be held in Ordos, Inner Mongolia, China on August 8. In the photo, she is crowned by her predecessor Holly Carpenter who had to cut short her reign by six months due to Miss World 2012 being held four months earlier than usual. 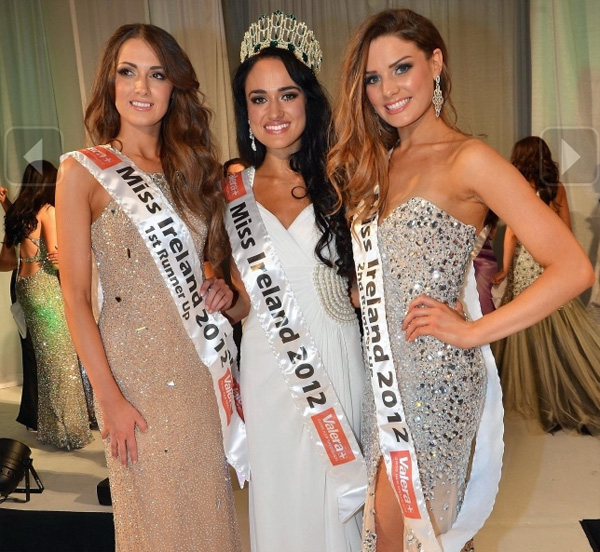 The first runner-up is Rebecca Maguire (left) and the second runner-up is Katie McAuley (right)
Photos courtesy of Cozycot.com
at 3:20 PM