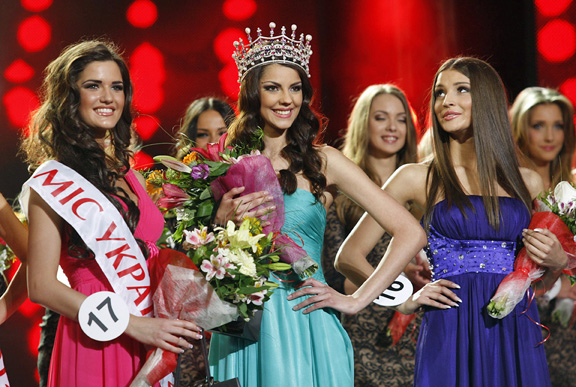 Karina Zhironkyna (center), 21,  from Kharkiv was crowned Miss Ukraine 2012 during the 20th anniversary of the event held at the Kiev National Opera Theatre on March 30th. She will compete in   Miss World 2012 contest to be held in Ordos, Inner Mongolia, China, in August. The 1st runner-up was 20-year old Olga Rubanova from Odessa and the 2nd runner-up was Margarita Ivaschenko from Sevastopol.  Natalia Dunich from Lvov was named the 3rd runner-up. 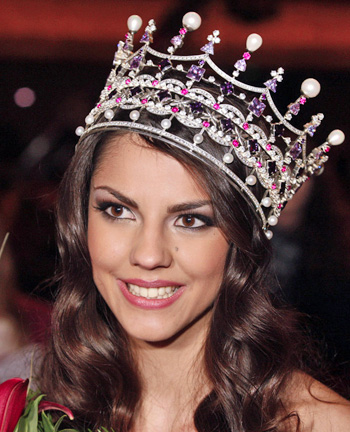