Osmel Sousa says no to transsexuals 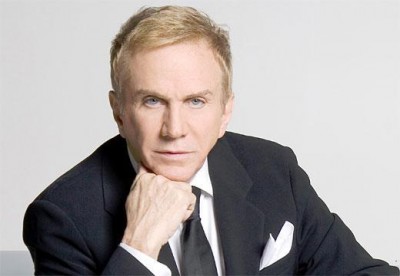 Weeks after Miss Universe owner Donald Trump decided to allow transsexuals to compete in his pageant, the president of the Miss Venezuela Organization and the indisputable king of beauty queen makers, Osmel Sousa (photo), stated that he does not favor accepting transsexuals in the Miss Venezuela pageant. This is in the light of Jenna Talackova, the transwoman who was originally rejected by the Miss Universe Canada organizers but reinstated as a candidate after Trump modified the entry requirements as to include transsexuals.

During a press conference yesterday to elaborate on the details of the Miss Venezuela 2012 pageant, Sousa said [my translation]: "That was an authorization that the Miss Universe Organization granted to Canada for its laws and the way that they live there, but the Venezuelan people - the common Venezuelan people, who are Christians, will not accept that position for now. We are not prepared for that kind of stuff."

Although several countries are considering allowing transsexuals in their national pageants, Sousa said that it would also be a lack of respect to have a naturally-born woman compete with a transwoman.  "Transsexuals should be competing with other transsexuals; we respect them, but we don't share it." Sousa's fellow judge in the hit reality show "Nuestra Belleza Latina", Lupita Jones - director of Nuestra Belleza México - agrees with Sousa and thinks that it is not fair that people who are not naturally-born females should compete with naturally-born women.