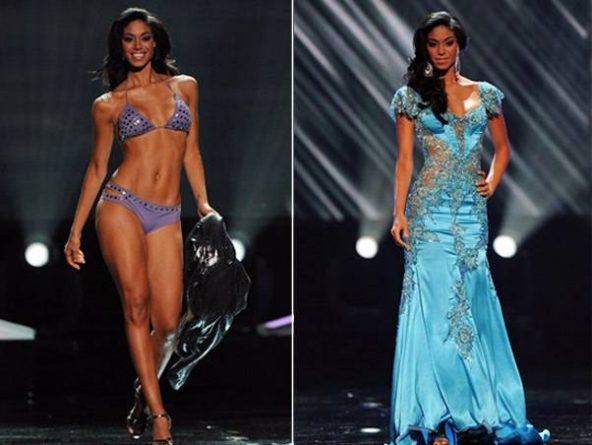 Yendi Phillipps, first runner-up in the 2010 Miss Universe, announced that she is expecting her first child with dancehall artiste Daniel 'Chino' McGregor, last night.
In less than an hour after the announcement on Facebook, over 1,500 fans 'liked' or commented on her page, which she posted with a photograph of her expanding belly (below): 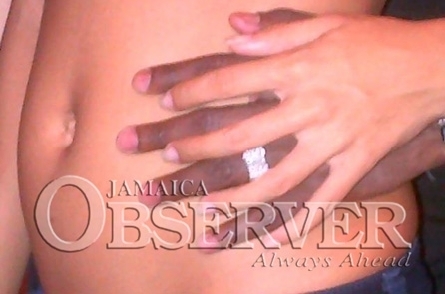 In the announcement, Phillipps posted: "17 weeks and counting...I wish we could have shared it earlier but you know they say it's bad luck to announce too soon. I'm so excited to finally tell you that we have a little 'McGregor' on the way!"
"You know how much I value "you" as you've been such a support through my various ventures so I wanted you to know first-hand as this one is perhaps my most exciting to date! I feel truly blessed and am more amazed everyday to experience our creator in such a miraculous and organic way. Seasoned mommy's, don't hold back on the advice...hehe *wink* Love, Blessings...and Life :)"
The announcement last night confirmed months of rumours that were swirling in Jamaican popular circles that there was a relationship between the two.
Phillipps was crowned Miss Jamaica Universe 2010 on July 3, 2010, and represented Jamaica at the Miss Universe 2010 pageant in Las Vegas on August 23, 2010. She scored the highest in swimsuit and came in second in evening gown, entering the final question round in second place with a score of 8.884. She became the first runner up behind Mexico.
Just last month, there was a press release stating that Phillipps was acting as McGregor's manager. A retraction was issued soon after. This was possibly as a result of them being frequently spotted together.
This child, will be the second for McGregor who already has a three-year-old daughter from a previous relationship
SOURCE: The Jamaican Observer, 4/23/2012