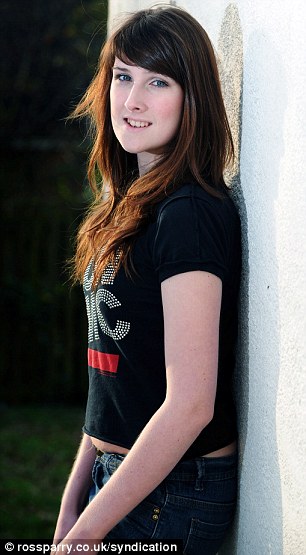 A transgender British teen who transitioned at the age of 16 is hoping to make history by winning the Miss England beauty pageant. As the International Business Times is reporting, Jackie Green (above), 18, entered the Miss England pageant after being spotted by scouts at "Britain's Next Top Model" in London just two years after she underwent gender reassignment surgery in Thailand, where such procedures are available to minors. She has now reportedly won enough of the public's vote, and so throughly impressed the panel of judges, to secure a spot in pageant's semi-finals.

Green, who reportedly wanted to change her gender at just four years old and began attending school as a girl at age 10, said she is "ecstatic" at the prospect of winning the title. "I have come this far and now I am in it to win it, but if I don’t then that’s just how it goes," she told the Yorkshire Evening Post. "Lots of people have been in touch and it makes me blush to think I have inspired others."

She also took time to thank her many supporters: "It's been lovely to see the support from everyone and I have had so many people emailing me saying that they hope I win."

Green's mother, Susie, told the Daily Mirror: I’m really proud of her. There is a lot of prejudice out there but she is trying to make people understand this isn’t a choice and it can be OK."

Still, Green had her share of detractors. "There's not much we could do legally to stop her entering," a spokesman for the Miss England pageant is quoted by the Daily Mail as saying. "We did agonize over it, but as she is a woman she fits the bill and is an affable young lady."

Whether Green will fare better than her predecessors in the beauty pageant world remains to be seen. Last month, the Miss Universe Organization announced Monday that it would allow 23-year-old Jenna Talackova, a transgender woman, to enter the Miss Universe Canada pageant after a sizable controversy over her qualifications, according to the Associated Press.

In 2004, Chen Lili, a 24-year-old transgender woman and successful model, hoped to represent China in the Miss Universe Contest, but was eventually disqualified.

The Miss England semi-finals will be held on May 30. The winner will also represent the nation at the 63rd Miss World pageant, which is going to be held in China.