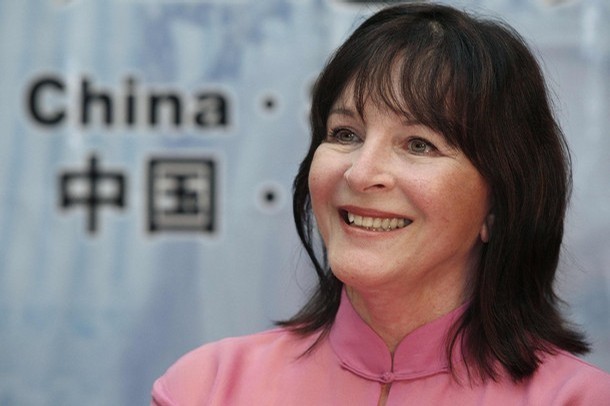 The head of the Miss World beauty queen franchise says she plans to travel to Fiji "as soon as possible" to address the problems that turned last month's pageant in the island nation into a fiasco.
"Sadly I am aware of many problems that have occurred," wrote Julia Morley (above) in an email sent to The Associated Press on Friday. Morley, who co-chairs the organization from its London headquarters, said she wants to work with a "specially selected team," including this year's Miss World Fiji pageant director, to "find solutions" for future Fiji pageants.
The Fiji director, Andhy Blake, has been at the center of criticism after 16-year-old Torika Watters was crowned winner last month. First there were complaints Watters looked too Western to represent her country. Then, two weeks after the pageant, Watters was told she was too young to compete in the international competition in China.
The crown has been handed to the 24-year-old runner-up, Koini Vakaloloma.
This week, one of the six international judges said the judging was a sham because Blake pressured them into picking Watters as the winner.
In a post on the Miss World Fiji website Thursday, Blake acknowledged he had preselected Watters as a semifinalist and gave the judges his personal opinion that she should win, but denied that made the event a sham.
"Yes I selected her as a semifinalist," he wrote. "Yes I gave my opinions to the judges of who I saw fitting for the title, but no, I never juggled the results to allow this young woman to win. Torika Watters was selected because she impressed the international judges with her charm, personality, grace, maturity..."
Blake also wrote that he takes full responsibility for failing to check whether Watters' age made her ineligible to compete. He called it "an honest mistake."
Neither Blake nor Watters could be reached Friday. Watters earlier wrote on her Facebook page that she was trying to put the controversy behind her.
Morley said of Blake, "His heart is in the right place but with all the negativity and anger toward him, (it) has, in my opinion, overwhelmed him."
SOURCE: Associated Press, 5/18/2012