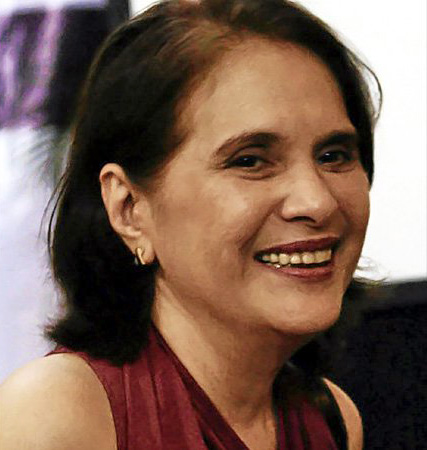 Former beauty queen and political activist Maita Gomez died in her sleep in her Quezon City home Thursday, according to film director Behn Cervantes.
Gomez, 64, who represented the Philippines in the Miss World contest in 1967, did not wake up from an afternoon nap, Cervantes said.
It was her son who discovered his mother had died when he tried to wake her up at about 2 p.m. yesterday, the director said.
Gomez, a top model for designer Pitoy Moreno before winning the Miss Philippines title and the right to represent the country in the Miss World beauty pageant, caused a sensation when she went underground to join the communist guerrilla movement to fight the Marcos dictatorship. According to reports, she became a political activist while studying medicine at the University of the Philippines in the 1960s.
After the Edsa People Power Revolution of 1986, she became a popular advocate for women’s rights and other social and political causes. She was one of the founders of the Kaiba women’s party under which she ran for senator but lost in 1987. She again made an unsuccessful run for Congress in Manila’s fifth district in 1995.
She is survived by four children. Her remains are at Funeraria Paz at the Manila Memorial Park.
SOURCE: The Philippine Daily Inquirer, 7/15/2012
Related articles:
A life full of color & drama
Maita Gomez: from highborn beauty queen to 'Queen of the Toiling Masses'
Left-wing groups mourn the loss of Maita Gomez
Goodbye, Maita