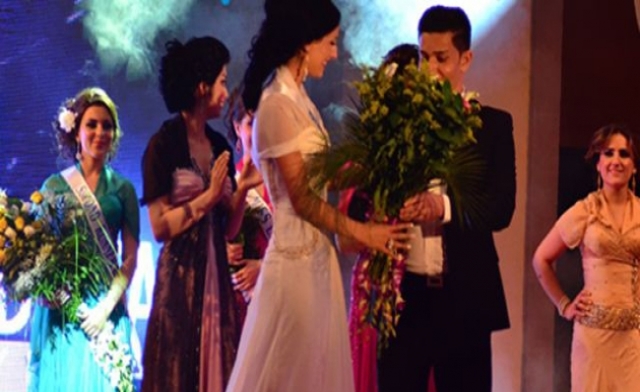 Iraq’s autonomous Kurdish region has crowned the first-ever Miss Kurdistan, though the beauty contest took place without bikini-clad women and with journalists and their cameras kept at bay.

Twelve women competed in the beauty pageant held recently in Arbil, capital of the autonomous region in northern Iraq, organised by a Lebanese company and attended by foreign diplomats, singers, actors and officials.

Reporters and photographers were allowed to enter the hall where the ceremony was held in the Rotana Hotel for speeches by the organising company and Kurdistan tourism officials.

But after a performance of traditional Kurdish music and dance, the contestants presented themselves and the media was then asked to wait in the reception area of the hotel until the pageant was over.

When journalists asked why they were told to leave, a supervisor said the rights for the pageant itself had been sold to a media company that planned to broadcast it later. 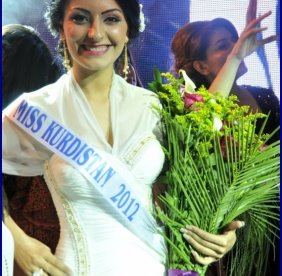 Shene Aziz Ako, an 18-year-old from Sulaimaniyah, was the winner.

“We organised the festival in a way that suits Kurdish traditions and habits; you will not see the bathing suites but you will see sports clothes and decent evening dress, which does not underplay the beauty of the girls,” Roy Shalala, an official from the organizing company, told journalists.

He said the winner would have a year-long schedule working for a cause of her choice and that “we will put all our abilities into the success of the mission of the girl who will hold the crown,” who had to be an Iraqi Kurd living in Kurdistan or abroad.

Ako’s cause was not immediately clear.

Plastic surgeon Saab said he was encouraged to participate because he is “very close to Kurdish beauty” from operating on Kurdish women in Beirut.

“Of course the standards here match the international standards, but beauty is still relative because Kurdish beauty is different from Lebanese, African or French beauty,” Saab said.

“We must respect the traditions and customs, but this does not prevent there from being a Miss Kurdistan,” he said. “We focus on the beauty and culture, and beauty consists of a number of aspects.”

Omar Dizay, a Kurdish artist, said that “selection of Miss Kurdistan, is a new phenomenon,” and a first for the region.

Beauty pageants have been absent from Iraq for decades. During the time of the monarchy, which was overthrown in 1958, they were held in social clubs, especially in the southern port city of Basra.

Kurdistan is a conservative region where women still face restrictions, though it is far safer than the rest of Iraq.
SOURCE: Al-Arabiya (English), 7/1/2012
at 6:46 PM