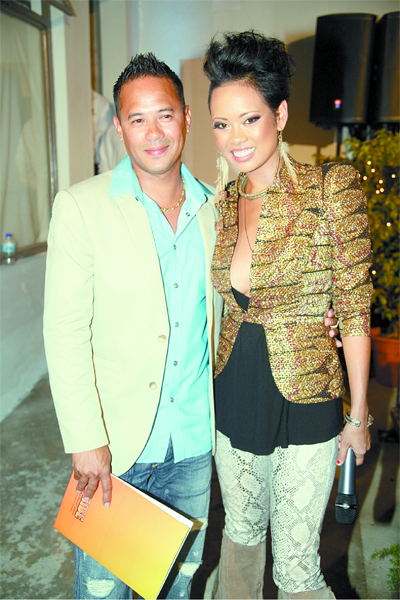 Dean Ackin, chief executive officer of mas band Tribe is the new queen maker in town. On Thursday, he received and accepted documents from Miss Universe Inc, certifying the band as the new local franchise holder, and he immediately issued a call to the beautiful women of T&T interested in becoming a Miss T&T to prepare for the screening.

Tribe was granted the rights following the submission of its impressive Carnival and corporate resumes, as well as recommendations from previous franchisees Peter Elias and Ian Lee. Lee, who is a Tribe associate, was the previous queen maker. But Tribe’s involvement in preparing a Miss T&T Universe for the world stage is not new.

“It’s a triumph. I don’t want Tribe to be considered a band, but a brand. This is just one of the ways that Tribe as a brand will be stepping outside the boundary of Carnival to leverage its brand and good name and lend it to other ventures. “T&T has a rich history with regards to success in the Miss World and Miss Universe competitions. We have beautiful people in our land. For such a small nation we have Janelle “Penny” Commissiong Chow, Giselle La Ronde-West and Wendy Fitzwilliam.

Many of our other delegates have done very well,” Ackin said. He was of the belief that with the Miss T&T Universe franchise under the Tribe banner, challenges relating to sponsorship might no longer be an issue. Tribe, he said, intends to raise the level and standard of the competition and ultimately its image.

Email ThisBlogThis!Share to TwitterShare to FacebookShare to Pinterest
Labels: NEWS, TRINIDAD AND TOBAGO