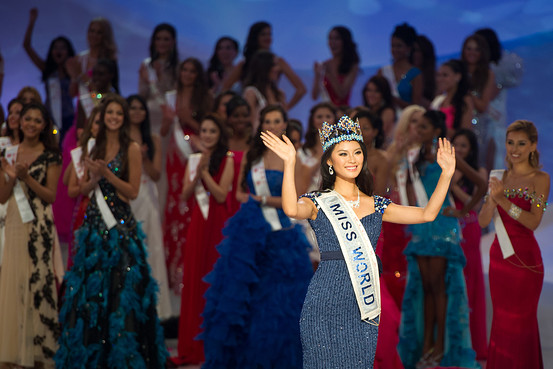 ORDOS, China—China's Yu Wenxia has been crowned 2012 Miss World. It was the second time a Miss China contestant was awarded the title. The last time was in 2007 when Zhang Zilin took the honor. The 23-year-old Ms. Yu is a music student who said she wants to become a music teacher.
The first runner-up was Sophie Elizabeth Moulds of Wales and the second runner-up is Jessica Michelle Kahawaty of Australia. Completing the top 7 were Mariana Notarangelo of Brazil, Deanna Robbins of Jamaica, Atong Demach of South Sudan, and Vanya Mishra of India.
Completing the top 15 were Aranzazu Estevez of Spain,  Nathalie Den Dekker of the Netherlands, Charlotte Holmes of England, Mariana Berumen of Mexico, Claudine Book of the United States, Queenierich Rehman of the Philippines,  Ines Putri of Indonesia, and Shamin Nabil of Kenya.
Winners of special awards were Wales (Beach Fashion), South Sudan (Top Model), India (Multimedia), Sweden (Sports), China (Talent), and India (Beauty With a Purpose). 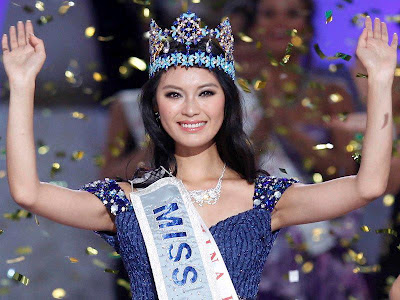 It was the first time that the Inner Mongolian city of Ordos had hosted the international beauty pageant. The city is part of one of the richest regions in China, thanks to its abundant natural resources. City officials expressed hope that the Miss World event would raise its profile for economic development and tourism. Sanya, a beach-resort city on the southern Chinese island of Hainan, has hosted the contest several times.
Pageant fans who were not satisfied with the results posted their comments via Facebook and other social networks. Many speculate that Julia Morley, the chief executive officer and owner of Miss World, had been bribed by Chinese officials to rig the results in China's favor. Some pageants also claim that the reason  Kenya, Indonesia and India placed was because the pageant organizers had paid for Morley's trip to those countries. Indonesia, incidentally, will host the 2013 pageant.