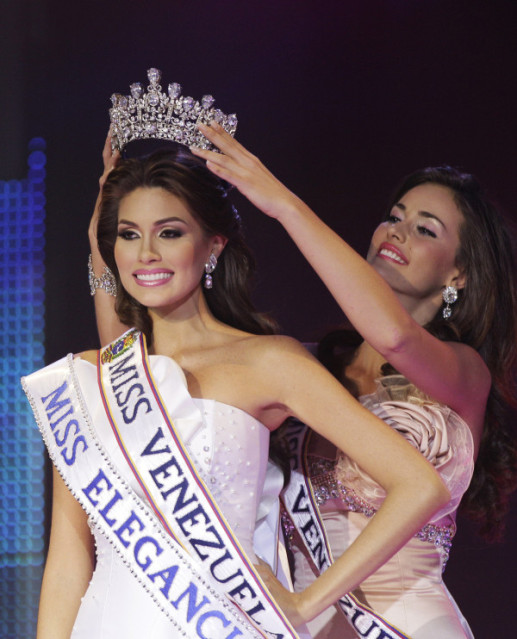 The new Miss Venezuela 2012 is Maria Gabriela Isler, the 24-year-old representative of Guárico, who was crowned last night during a glitzy 60th anniversary of the pageant. She will represent Venezuela in Miss Universe 2013 pageant. The 1st runner-up and also named Miss Venezuela International 2013 is Elian Herrera (Miss Aragua). She will compete in Miss International 2013. The 2nd runner-up and also crowned Miss Venezuela Earth 2013 is Alys Herich (Miss Falcón) who will compete in Miss Earth 2013. Miss Tachira, Ivana Vale, finished in 4th place, and Miss Yaracuy, Maria Julia Alvarez, placed 5th.