Rina Chibani was crowned Miss Lebanon on Saturday, September 29, while her twin sister Romy was the first runner-up in an unusual ceremony.
Rina reserved her spot in Miss Universe pageant that will be held in Las Vegas in the U.S. On December 19.

The event, in which 16 women participated, was organized by LBC TV network and held at Platea theater in Jounieh.

The 16 participants competed to win the title as a jury composed of 9 members evaluated them.

Singer Wael Kfoury performed his hits during the ceremony. 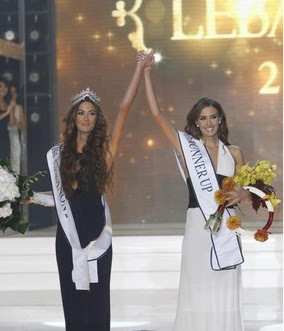