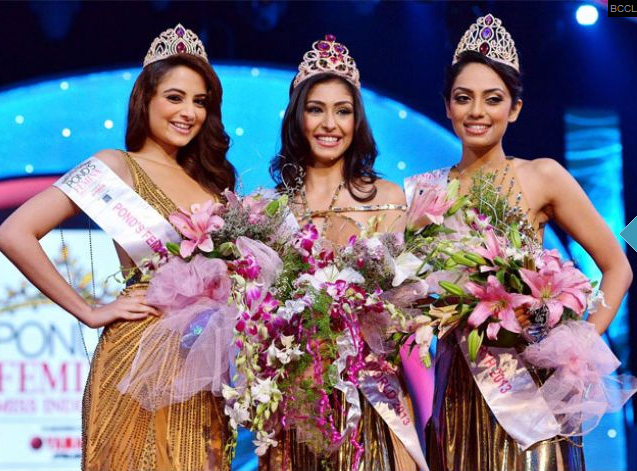 Navneet Kaur Dhillon, 20 (center), the daughter of an army officer from Patiala, was crowned Miss India 2013 Sunday night. She will represent India in Miss World 2013 pageant to be held in Indonesia this September. The first runner-up was Sobhita Dhulipala (right) of Visakhapatnam who will compete in Miss Earth 2013. And the second runner-up is Zoya Afroz (left) who will compete in Miss International 2013.

This year's pageant, held at Yashraj Studios, Andheri, marked a double milestone, given that 2013 celebrates the centenary of Indian cinema as well as the 50th year of the Miss India contest. In this span of time, India has won 34 international titles — second only to Venezuela. Host Manish Paul opened the evening with a nostalgic audiovisual tracing the golden history of the contest. From Nutan, Meher Castelino Mistry, Persis Khambatta and Zeenat Aman, down to Aishwarya Rai Bachchan, Sushmita Sen and Priyanka Chopra, the winners have done the country proud.