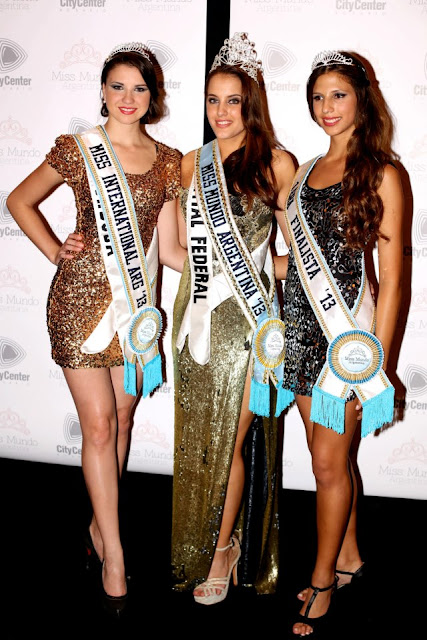 The new Miss World Argentina 2013 (Miss Mundo Argentina) is Maria Teresa Kuster, 24,  from Villa Urquiza, Buenos Aires who was crowned during a pageant held in Santa Fe on April 26th. She will compete in Miss World 2013 pageant to be held in Jakarta, Indonesia on September 18th. Second place went to Zaida Schoop from Cordoba and who was crowned Miss International Argentina 2013. She will compete in Miss International 2013 to be held in Japan. The 1st runner-up is Luciana Robles from Salta.  .