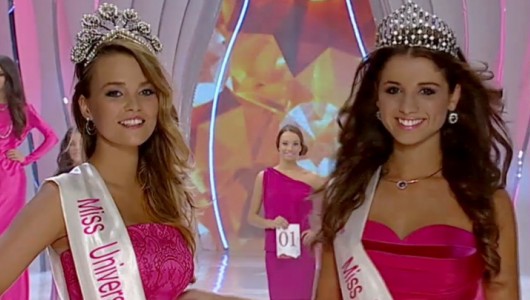 The new Miss Universe Hungary 2013 is Rebeka Kárpáti (left), 18, who was crowned Friday night in Budapest along with the new Miss World Hungary 2013, Annamária Rákosi (right), 21. Scandal erupted  during the live telecast when the 3rd placer, Korinna Kocsis, refused the Miss Hungary Intercontinental 2013 crown and title because she had expected to win either one of the two major titles (World or Universe). Kocsis, who represented Hungary in Miss Earth 2009, immediately took to Facebook to express her disappointment, hinting that the pageant had been rigged, while at the same time congratulating the two winners. Kocsis  Watch the video of Kocsis's dramatic renunciation of her title.