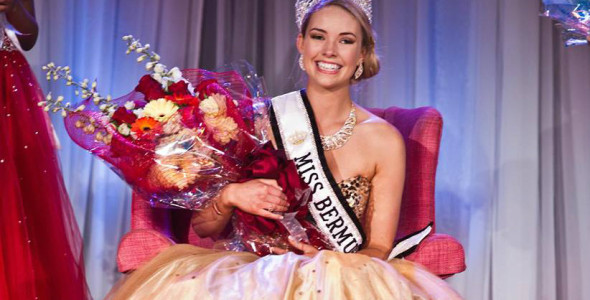 Young model Katherine Arnfield was last night named as Miss Bermuda.
After a three-hour competition, where seven young beauties showcased their best and brightest traits at Fairmont Southampton, Ms Arnfield was handed the top spot.
She sparkled in a gold sequinned ball gown and stunning necklace and earrings and beamed from ear to ear after the announcement was made.
Miss Arnfield was also voted the People's Choice Award in a recent BerNews poll.
Moments after winning, the 17-year-old said it felt "very surreal". She told The Royal Gazette: "I don't actually believe it's happening. I am just so proud of myself and feel so lucky and can't believe this is happening to me. It feels like I am in a dream.
"I never expected to get this far," she added.
The pageant winner has been modelling for the past few years and had the privilege of appearing on the world stage at London Fashion Week 2011 and 2012.

Arnfield will represent Bermuda in 2013 Miss World in Indonesia in September.