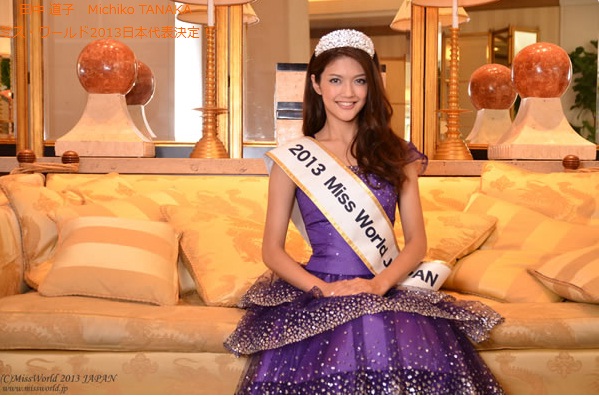 Michiko Tanaka, 23, was crowned the title of  Miss World Japan 2013  on July 29th. She will represent Japan in the upcoming Miss World 2013 pageant, scheduled for September 28th, 2013 in Indonesia. She is the first ever Miss World Japan to be crowned; past Japanese representatives to Miss World had been first runner-ups to Miss International Japan. Michiko had competed in Miss Universe Japan 2011 where she placed 2nd runner-up.