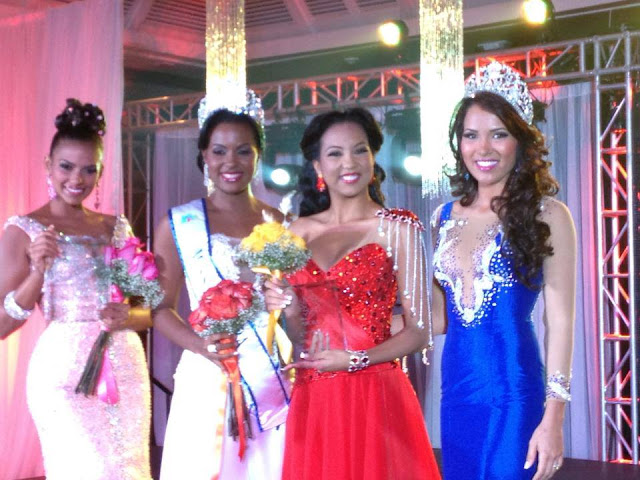 The new Miss Aruba 2013 is Stefanie Quillen Evangelista, 24 (second from left) who was crowned July 19th at the Westin Resort & Casino. She will compete in Miss Universe 2013 to be held in Moscow on November 9th. She is joined by her 1st runner-up Jarnely Martinus (to her right), her 2nd runner-up Georgina Martinus (to her left) and Larisa Leeuwe, Miss Aruba 2012 who will be competing at Miss World 2013 in Indonesia on September 18th. Six young women competed in this year's Miss Aruba finals.