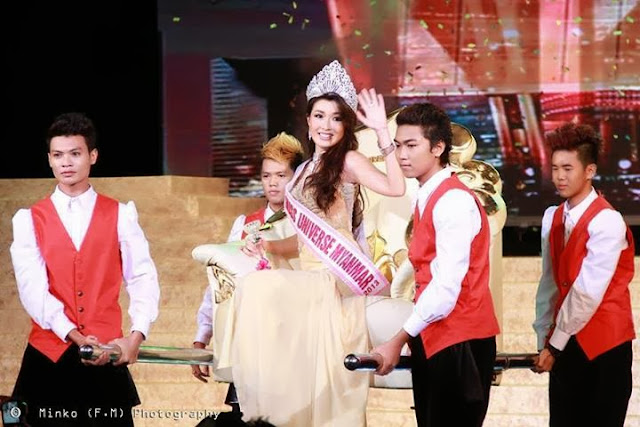 Moe Set Wine was crowned Miss Universe Myanmar 2013 at the Kandawgyi Palace Hotel in Yangon on September 6, 2013. She will represent Myanmar in Miss Universe 2013 pageant on November 9th  in Moscow, Russia. 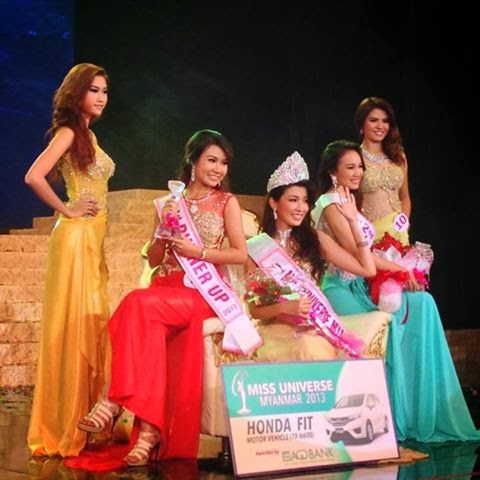 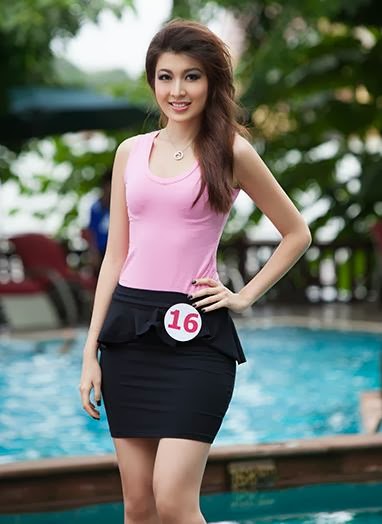