Miss World 2013: Megan Young Has Yet to Receive Prizes from Beauty Pageant Organizers 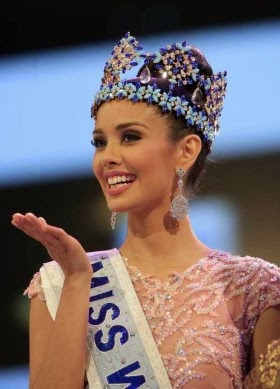 Although Miss World 2013 Megan Young has been crowned as the first Filipina titleholder of the oldest international beauty pageant, she has yet to receive her prizes, Victoria Young, the beauty queen's mother disclosed on Tuesday. In fact, she doesn't even know exactly what prizes should be received by her daughter since Mrs. Young researched on the Internet for any information about the prizes but found none. However, she confirmed that Megan received the P1 million prize for winning the local title of Miss World Philippines.


"But I have talked to people who have experience in Miss World pageantry. They said every time she has activities to attend to raise money, she will get an honorarium.
Mrs. Young is also hopeful that with a Miss World crown on her daughter's head, this would translate into higher talent fee for endorsements.
While Mrs. Young is extremely happy with the victory of Megan, she also complained that she hardly sees her daughter now because of too many Miss World activities she has to attend to. In fact, when Megan went to her mother's hometown, Olongapo City, to visit her grandmother, she could only spend 15 minutes with the old woman because of her very hectic schedule.