Miss World 2013 Megan Young: “I’m Against Abortion,” and “Sex is for Marriage” 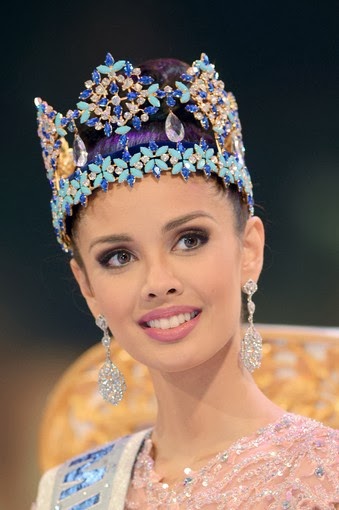 Megan Young, the recently crowned Miss World, is pro-life and believes in abstinence before marriage.
In an interview with the Philippines-based ABS-CBN News Channel in August, back when she was Miss Philippines, Young revealed her more traditional views on abortion, sex and marriage.
“I’m pro-life and if it means killing someone that is already there, then I am against that of course,” Young said when asked whether she was for or against the country’s Responsible Parenthood and Reproductive Health (RH) law, which allows taxpayer funds to be used for contraception, abortifacients and family-planning education. The nation’s Supreme Court suspended the law over the summer.
“I’m against abortion,” she added.
When asked for her views on contraception, Young explained she does not participate in activities that would require it.
“I don’t engage in stuff like that as of now. I think that’s — sex is for marriage. That’s my belief.”
The interviewer pressed Young on how “a woman as gorgeous” as she says “‘no’ to sex.”
Young replied, “You just say no! That’s it.”
“I mean if they try to push you then you step away because you know that that person isn’t — doesn’t value you, doesn’t value the relationship as much and if the guy is willing to, you know, sacrifice that, then that means a lot,” she said.
Young added that she does not believe in divorce.
“I’m actually against divorce because I’ve seen that of course in my family. So I think that if you marry someone that should be the person you should be with forever. Through sickness and health, through good of through bad, you should be with that person.”
Young is the first woman from the Philippines to win the title of Miss World.
(H/T LifeSiteNews)
Source: The Daily Caller, 10/14/2013