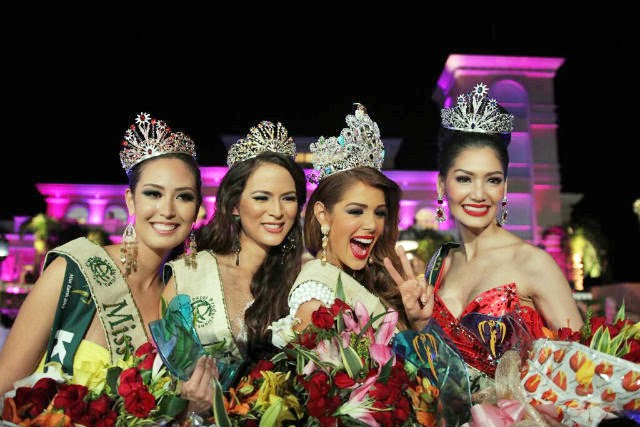 The Miss Earth 2013 pageant was live streamed and was broadcast in Venezuela via Venevision for the first time. It was also shown on Star World, ABS-CBN, Velvet,  nd The Filipino Channel. If you missed the show, you can watch it on YouTube.
I did see the live stream but the connection during the first half an hour was bad as it froze several times. Miss South Sudan's video introduction did not even pop up. Entertainer David Pomeranz was a total schnoozefest and was completely out of his element. The co-host Oli Pettigrew at one point mistakenly called the pageant "Miss World" but quickly corrected himself. The jury included Lorraine Schuck, executive Vice-President of Carousel Productions which runs the pageant.

The Spanish-speaking interpreter was an improvement from past ones, and even though he might have botched Miss Venezuela's answer, the judges looked past this discrepancy and awarded her the crown anyway. It was painful to watch Miss Poland stammer in English, but blame the organizers for not having provided a Polish-speaking interpreter.

The pageant took place at Versailles Palace; no, not the Versailles Palace outside of Paris, France - but a mixed commercial and residential development located south of Metro Manila. It is probably the worst venue from a production perspective; the pool in the middle prevented cameramen from getting decent angles of the contestants positioned in the balcony or on the staircases. Fortunately, none of the girls slipped and fell into the pool, because it certainly would have made the headlines. Oh, well, congratulations to Miss Venezuela and to her court! And to Carousel, please pick a better and more decent venue next year - perhaps outside the Philippines - and get rid of Pettigrew and Pomeranz! 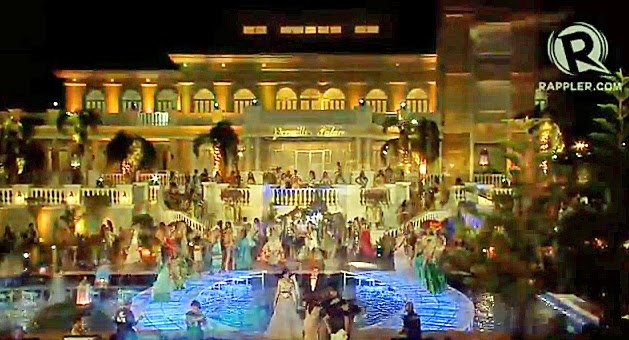