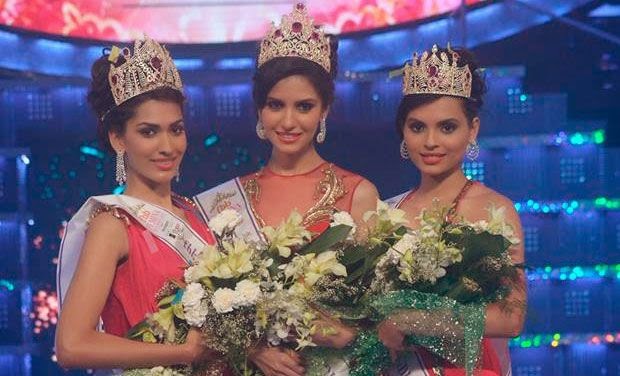 Koyal Rana of won the coveted Miss India 2014 crown at the 51st edition of the pageant, on Saturday, April 5. She was crowned winner among 24 gorgeous contestants from across the country. Jhataleka Malhotra (left), was crowned first runner-up and Gail Nicole Da Silva (right) was crowned second runner-up. Koyal Rana hails from Jaipur, Jhataleka from Mumbai, and Gail from Goa. She will represent India at the Miss World 2014 beauty pageant this year.