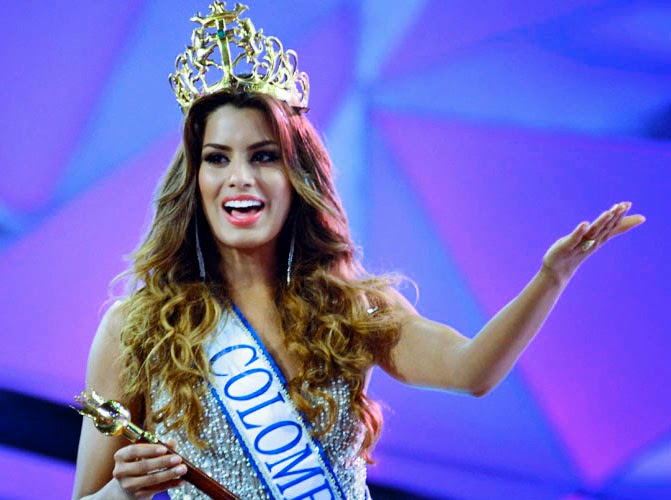 Ariadna Gutierrez was elected Miss Colombia 2014 on Monday, becoming the first representative of the state of Sucre to ever win the award. She is expected to compete in 2016 Miss Universe pageant.
The 20-year-old professional model was voted new Miss Colombia during the National Beauty Contest gala held in Cartagena. At the coronation ceremony, she received a near perfect 9,9 note. She was elected out of 26 candidates.
It is the first time in the history of the pageant that the top prize was given to a candidate from the Sucre state at the Caribbean Coast of Colombia. 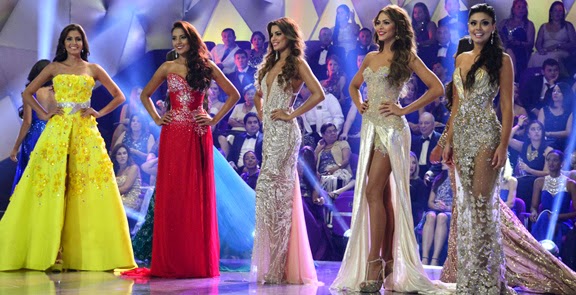 In one of the most-watched annual events in Colombia, the jury elected Natalia Ochoa (Antioquia) as the first runner-up, Jesica Paola Castañeda (Cauca) as the second runner-up, and Viviana Davila (Bogota) as the third runner-up.
Gutierrez, who was hotly tipped for the grand prize before the ceremony, was born on December 25, 1994 in Sincelejo. She is 5’8″ tall and her “dimensions” are 33-24-35. A Communications student, she speaks English and German.
When asked about what she would advise the peace negotiators in Havana, Gutierrez replied “I would ask them to be wise, which is the quality that all Colombians should have at this point.”
In an interview with the Cromos fashion magazine, the newly elected Miss Colombia revealed that in school she used to be into sports, training volleyball and long-jump.
However, she has always dreamed about the National Beauty crown and has never missed a single broadcast of the annual ceremony.
This year’s gala took place in Cartagena in celebration of the 80th anniversary of the National Beauty Pageant.
The much celebrated Colombian beauty contests were recently challenged by the initiative from the authorities of the state of Antioquia, who canceled funding for the popular Miss Antioquia beauty pageant and –under the leadership of the governor’s wife — put that funding in a talent show for young women.