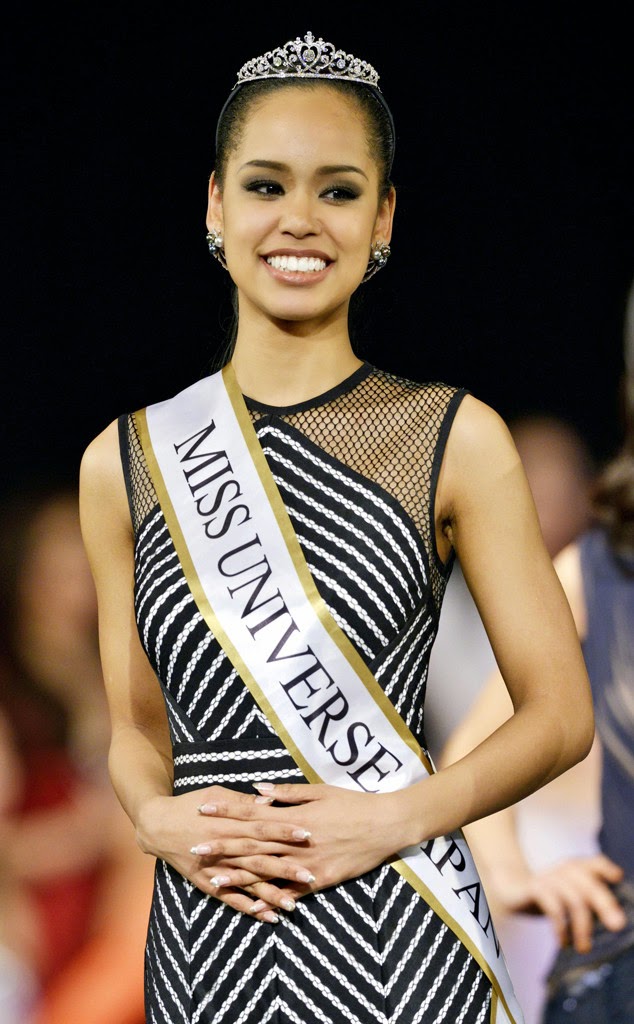 Instead of celebrating her crown, Ariana Miyamoto is already finding the need to defend it.
Japan's newest Miss Universe contestant broke barriers when she was recently chosen to represent her country. But because the 20-year-old is the daughter of a Japanese woman and an African-American man from the United States, some are questioning whether she is Japanese enough to hold the title.
According to Japanese websites, comments on Twitter ranged from, "Is it okay to select a hafu to represent Japan?" to "Because this is Miss Universe Japan, don't you think hafu are a no-no." "Hafu" (from "half") is a Japanese term used to refer to someone who is biracial.
In an interview with press, Miyamoto insisted that while she doesn't "look Japanese" on the outside, on the inside, there are many Japanese things about her.
In addition to being born and raised Nagasaki, the young adult also is a Japanese citizen who speaks the language fluently.
While some critics have been vocal about their hopes of having another contestant take her spot, most have shown their support for the newly crowned beauty queen.
On GirlsChannel, a popular site that allows readers to vote on comments, some posts suggest residents were satisfied with the choice simply because she was a citizen who loves her country. "Even if you are hafu, if you have Japanese citizenship, then you're Japanese," one commenter shared.
While waiting for the Miss Universe completion to be held next January, Miyamoto is just trying to keep her eyes on the prize and remain focused on representing her country in the best way possible.  "The world competition is going to be tough," she told Rocket News 24. "But I'll believe in myself and continue doing my best."
The Miss Universe Organization added in a statement to E! News, "We congratulate her on her win and we look forward to having her be a part of the next Miss Universe Pageant!"