Regal, because not only do I carry myself with the utmost poise, confidence, and respect, but I come from a royal lineage in Ghana. And now I am also a beauty queen!

Dynamic, because I am multifaceted/talented. I love to try new things and discover new passions from singing, acting, music producing, painting, to research, politics, and writing.

Tenacious, because I do not take no for an answer when it comes to something that I need or want. I am steadfast and persistent to accomplish all of my goals.

Yes, and I personally loved it. It chronicled the relationship of two consenting curious adults exploring somewhat taboo fantasies.  Many people who read the book were not fans, but with any movie adaptation of a book, you need to understand that the story line is often condensed and is an interpretation of the director, which will obviously be different from your own imagination or fantasies of the different aspects of the book.

It is an unfortunate thing to continue to do, especially when there are preventative measures such as all the different methods of contraceptives out there, but I do not think that any person can tell a woman what she can or cannot do with her own body and life.

Yes, in my elementary school when I was in the fifth grade, we were given lessons on sexuality. Every parent though had to consent to their child being taught the basics in school at that age. I think it allows the children to receive “the talk” in a comfortable setting with peers, where they get to learn about themselves, their bodies, and what they are/will be going through. As long as it is taught properly, I see no harm. 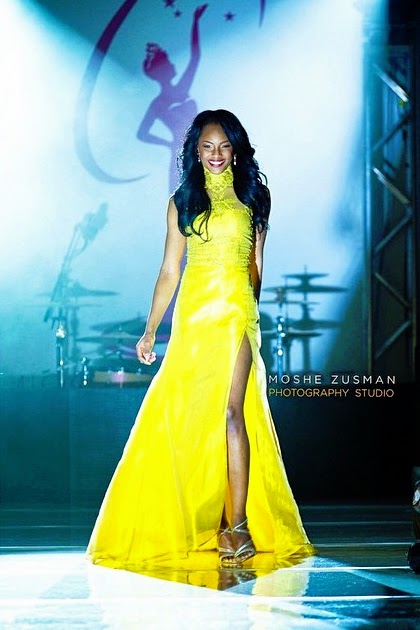 My goals for the next five years of my life would include incorporating my own non-profit organization (which I am in the process of doing), beginning a business of some kind that will allow me to be financially stable and independent as well as support my humanitarian endeavors with my non-profit. I see myself also being an established model, and possibly actress on the rise.

I would tell her that just for saying that, we can see who is truly undeserving of the title, as every woman is surely deserving of the blessings that they receive. Who are we to say otherwise?

Physical appearance is important because it is the first thing that people see when they come into contact with you. A put together person comes across as confident, and more approachable. This allows others to see you as someone that takes pride in themselves and want others to realize their worth as well.

My dream man is someone that is passionate (about me, life, etc), loving, thoughtful, optimistic, and caring. He must also be able to keep me on my toes – I love excitement and trying new things, and I love to laugh.

I do not mind women who want to fix the things that they are not happy with by any means, however when you are tying that to pageantry so strongly, it sends the wrong message to women that in order to win that beauty pageant you need to be perfect. And there is no such thing as a perfect woman, not even with all of the cosmetic surgery that one could afford. It takes away the focus from the other truly important aspects of pageantry which include showcasing women that are determined in their careers, their talents, and personalities.

WHY DO YOU FEEL THERE IS SO MUCH ANTI-AMERICAN SENTIMENT AROUND THE WORLD TODAY?

As someone who has lived years abroad, I understood their anti-American sentiment as a dislike of our collective ignorance regarding the situations of many countries, yet having opinions on how their problems should be handled. In Ghana, and in Brazil, everyone was so aware of what was going on everywhere, not just in their respective countries.

The greatest challenge America faces in my opinion, is rebuilding our economy so that everyone is able to live a decent life, with access to healthcare, lower rates of unemployment and homelessness, and ultimately bridging the wealth gap between the rich and the poor. 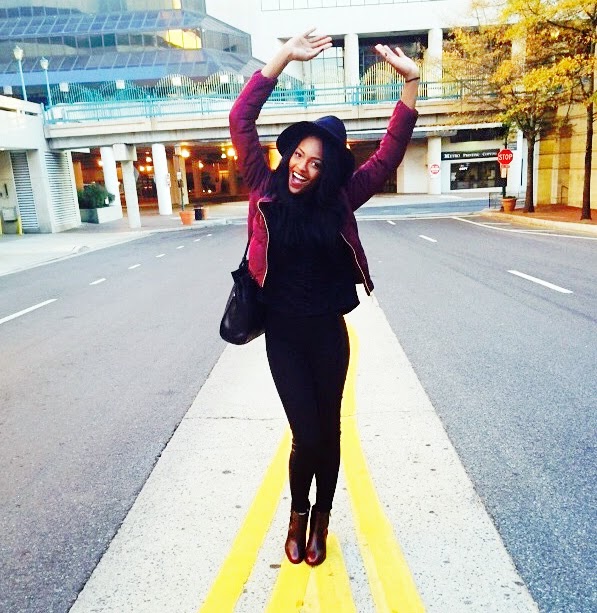 I am most proud of the freedom and opportunities we have as Americans here in the USA. We take our freedom and these opportunities for granted sometimes but these are things that people from all over the world dream about having.

WHAT IS YOUR OPINION ABOUT THE CORRELATION BETWEEN PORNOGRAPHY AND RAPE?

I do not think that there is a correlation between the two at all. Pornography involves the participation of two consenting adults whom are most likely benefitting (monetarily) from said act. Whereas rape involves someone forcing themselves unto another non-consenting person. And someone who watches pornography could not possibly blame viewing others having sex, as a reason to attack someone else. Pornography does not make rape okay.

I think that older workers that are efficient in the workplace should not be necessarily forced to retire. Many times they are probably still working because they unfortunately do not have the luxury of no longer working due to problems in the economy, and personal financial burdens.


I would not be able to help with that, but I would try to respect their wishes by perhaps enlisting the help of doctors who could help ease their pain as much as possible. But ultimately, I think that the decision is for God to make and to release them when their time is truly “up”.

HOW SHOULD THE U.S. GOVERNMENT RESPOND TO THE THREAT OF ISIS

There is no “right” way though to deal with terrorists because whether or not we fight them, we are losing lives. That is why I would think that the US government would respond to threats by terrorist groups like ISIS by joining together with other strong international powers to bring them down. It may be necessary to meet them with force unfortunately because peace talks with them have not and probably will not work.

I think that there are extremists in every religious group. We cannot demonize a whole religion, or whole people because of the cruel actions of some. 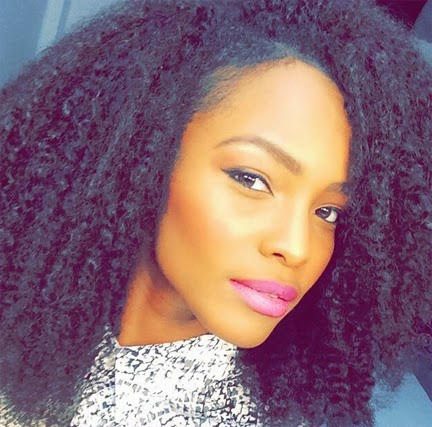 FROM A SCALE OF 1 TO 10, HOW WOULD YOU RATE PRESIDENT OBAMA'S PERFORMANCE AS THE COMMANDER-IN-CHIEF OF THE UNITED STATES?

I would rate his performance as Commander-in-Chief as an 8. He is limited by many factors (such as opposers in Congress) to do what he wants to do, but even with political conflict and opposition, I think that the decisions made thus far have been satisfactory.

PEOPLE SAY THE MOST PAGEANT CONTESTANTS ARE RELIGIOUS. DO YOU AGREE OR DISAGREE?

I disagree because it is not that most pageant contestants are religious, it is the fact that those that are, are vocal about it. Their faith is what drives them to succeed, and they simply appreciate the fact that they are able to share that with others who also believe.

An ethical person is one that holds themselves to the highest possible standard and treats everyone with utmost respect. And they expect the same.

They would learn from viewing my social media platforms that I am a go-getter, a person that is humorous, and an overall sweet-loving person that is able to showcase many facets of herself.
WHAT HAVE YOU GAINED BY COMPETING IN PAGEANTS?

It has always been a dream of mine to become Miss USA. Even though women today have more options and freedom, I truly believe in what the Miss Universe Organization stands for. I cannot think of another organization in which women can participate in to gain such a life-changing experience. The organization not only gives women a platform to inspire others and touch so many lives, but they also offer their titleholders such unique opportunities in both their personal and professional lives. They help women achieve their career goals by giving them opportunities they wouldn’t otherwise have had, if they hadn’t been a part of the organization. 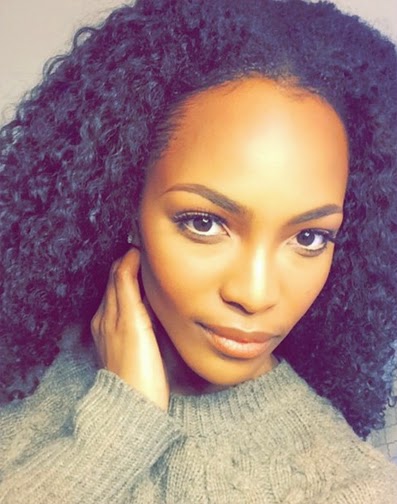 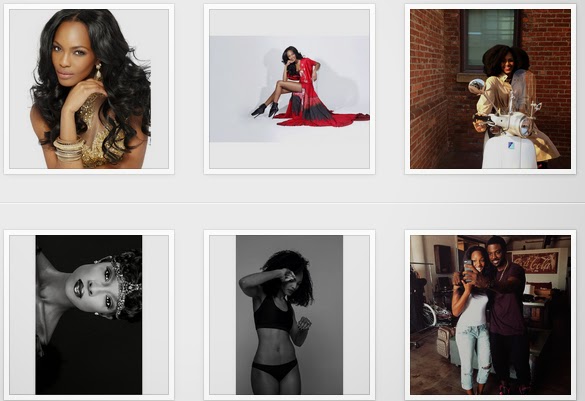 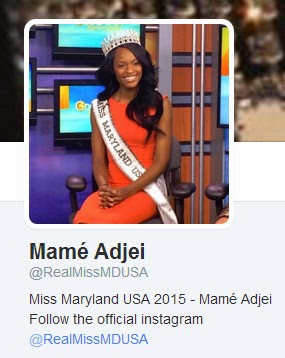 Thank you, Mame, for granting us this interview
and we wish you the best of luck in Miss USA 2015!