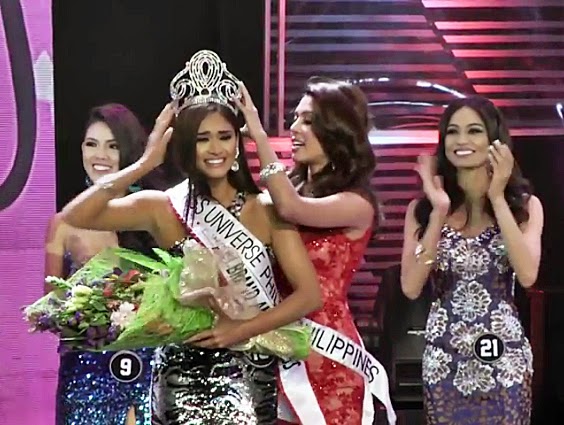 New Philippine queens for 2015 were crowned last night at the Smart Araneta Coliseum in Manila. The top winner, Pia Wurtzbach, 25, was crowned Miss Universe Philippines 2015 and will compete in the next edition of Miss Universe. In the photo above, she is crowned by her predecessor Mary Jean Lastimosa. This year marks Wurtzbach's third try for the crown.

Fascinating data: McGarry had already competed in Miss Intercontinental 2010 where she placed in the top 15. It would be interesting to see if World Beauty Organization, the producers of Miss Intercontinental, will allow her to compete again. If not, then would BPCI swap her title with another girl? No international pageant has ever allowed a former contestant to compete again - at least not since 1985 when Holland's Jacqueline Schuman was allowed the second time and placed second runner-up (she had competed for the first time in 1982 but did not place.)