My friends would describe me as sassy, funny, and wise.

I haven't read the books, but I've seen the movie and honestly the only thing I liked about it was the soundtrack. The music was great! However, I think  if people are going to watch the movie, they should not take it seriously. There were many parts of the movie where I felt that an abusive relationship was being glamorized. I would not recommend young girls to see this because the popularity and hype over the series may have an influence over them, and I feel that it may distort their views and understanding of what a healthy relationship is. The main character's possessiveness, jealousy, and controlling behavior towards his girlfriend is definitely not something that should be seen as attractive.

I would definitely be a leopard because they're fierce and beautiful and they're my favorite animal!

Although I have special place in my heart for shoes, I think I could live without designer labels if I had to. There are lots of great quality shoe brands out there that are very reasonably priced!

I think that sexuality education should be introduced to the older children of elementary schools, but definitely not younger children. I think it would be best and more appropriate for that type of education to go more in depth once kids start middle school.

In five years I see myself living my dream with a successful career in the beauty and entertainment industry, traveling the world, and enjoying life with my family. 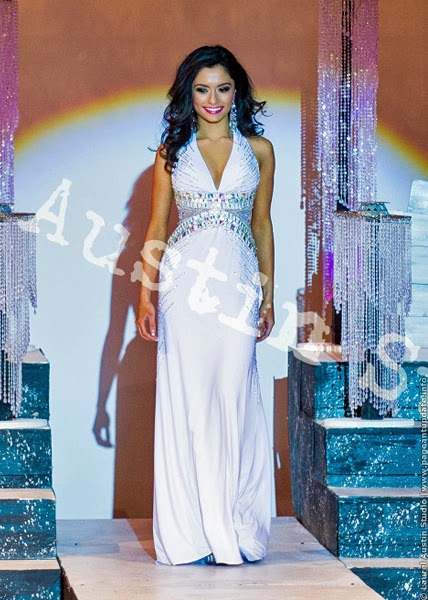 I would feel very sorry for her because as contestants, we should support each other and be happy for whoever wins Miss USA, because we've proven by becoming state titleholders that we are all worthy of the national crown.

Physical appearance is definitely important in some aspects of life. In a professional setting, I would say it's very important. You need to maintain a good image in order to make a good first impression and for people to take you seriously. As far as social acceptance goes, you shouldn't judge and favor people based on how attractive they are. You should value friendships with people because of who they are and the unique qualities they have.

I think the American culture is very preoccupied with beauty and that sometimes we place too much value on looks. We need to understand as a society that our looks and beauty do not determine our value and worth.

I would love to trade lives with Olivia Culpo for one week! She is one of my favorite titleholders and I'd love to see what her life is like now after being Miss Universe.

I have never had cosmetic surgery and won't ever get it. I've learned to be comfortable with my body and appearance and I wish that more women could learn to be happy with what they naturally have before resulting to cosmetic surgery. However, I think people have the right to their own bodies and if that is something that will make them happy, they should do it. 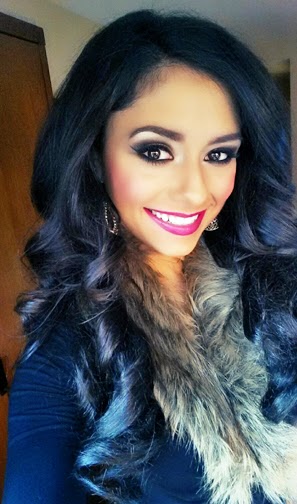 I think it's very sad an unfortunate that the women in Venezuela go to such extremes and risk their health in order to conform to what their pageant director and country considers as beautiful. I think Venezuela needs to start recognizing a universal type of beauty because you can find beautiful women in all parts of the world and they don't all look the same.

I'm proud of the fact that we have our freedom. That's the greatest thing about our country. We have so many opportunities and blessings that a lot of other countries don't have.

I think being bilingual has many advantages and I would encourage everyone to learn any type of second language, but I think people should have the right to decide if they want to learn a certain language in school.

PEOPLE SAY THAT MOST PAGEANT CONTESTANTS ARE RELIGIOUS. DO YOU AGREE OR DISAGREE?

It seems that a lot of contestants are, but this is a diverse country and you would probably be surprised to find that not all pageant girls are religious.

I like to keep my social media accounts professional for the most part, but I think anyone who viewed them would also be able to see a little bit of my personality and interests.

I have gained so much, but I would credit most of it to curing my fear of public speaking. Growing up I was extremely shy, but pageants gave me confidence and helped me come out of my shell. I don't get nervous in front of crowds anymore and I love the feeling of being on stage.

SOME STATES STILL PRACTICE THE DEATH PENALTY AS PUNISHMENT FOR HORRENDOUS CRIMES. DO YOU THINK THAT IT SHOULD BE ABOLISHED? WHY OR WHY NOT?

I'm not in favor of the death penalty because I think the only person who can determine if someone should die is God, and as humans I don't think we have the right to take lives. I think people who commit horrendous crimes should spend the rest of their life in prison living with the consequences of what they did.

I want to be Miss USA because she is a national  representative of the modern American woman today. As women, we have so many opportunities today that we didn't always have. Miss USA would be my dream job because it's an opportunity to travel the country making a difference and serving as a role model to women. 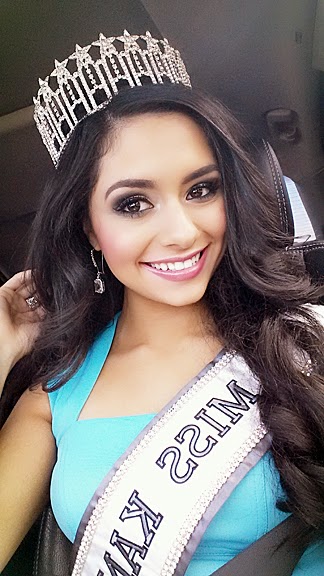 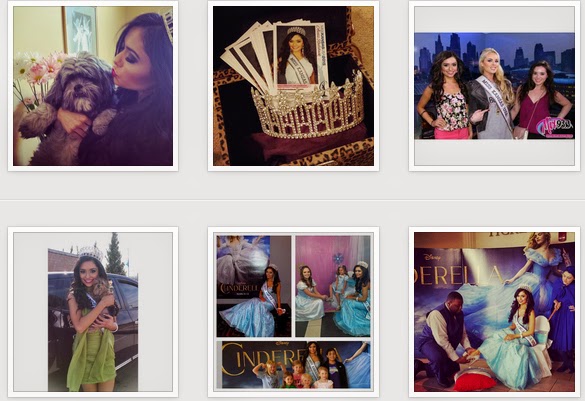 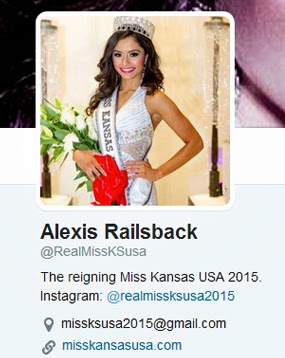 Thank you, Alexia, for granting us this interview
and we wish you the best of luck in Miss USA 2015!