GIVE THREE ADJECTIVES THAT YOUR FRIENDS WOULD DESCRIBE YOU.

If I were to come back in another life as an animal I would be a lion.  Lions are such beautiful and majestic animals!  And they are known as the “Kings and Queens of the Safari.” Who wouldn’t want to be that?

1. Be in the same room or the same vicinity as a snake. 2. Go more than two weeks without Oreos. 3. Cut off my family. I need them in my life every day.

Absolutely. As much as I love saying I’m wearing Gucci, if the shoes look the same and they are equally as comfy and inexpensive, I’m totally fine with them.

I do think there should be a record kept on how many times a woman has had an abortion, and if she continues to abuse it she should not be allowed to get anymore.  If she cannot take the responsibility of using birth control, there comes a time when you have to live with your decisions and the consequences thereafter.

If I won the Miss USA crown and a candidate told me I didn’t deserve it, I would like to sit down one-on-one with her and speak to her about why she felt that way. I would listen, take notes, and try and better myself in any way she felt I needed to. The girls I compete with have strong opinions and that is a blessing. If I could better myself because of another’s opinion, I would take that opportunity. 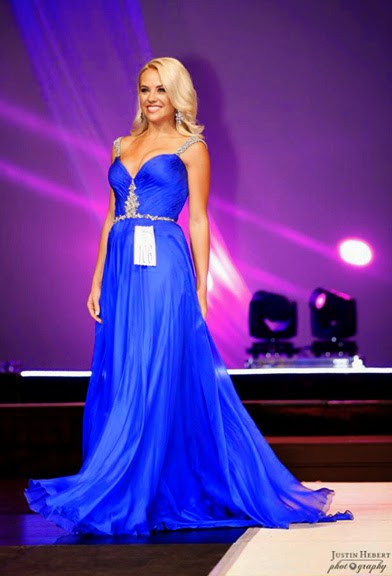 I think physical appearance is all determined in the eye of the beholder.  But in the end, it’s the beauty of a person’s heart and mind that really matters.  You could be the most beautiful person in the world, but if you have an ugly heart that is what people will see and remember.

My dream man … The most attractive part of a man to me is his character, and how polite and respectful he is.  Opening my door for me, holding my hand down the set of stairs, and offering his coat if I’m chilly, are the little things a lot of men have forgotten about.  However, all he needs to do is go have a chat with his Grandpa about chivalry and he’ll be set. If he can do those little things and has a strong jaw and a little twinkle in his eye when he looks at me, I’m all set.

IF YOU COULD GO ON A BLIND DATE WITH ANY MAN (OR WOMAN), WHOM WOULD YOU CHOOSE AND WHY?

If I could choose my blind date, I would pick Derek Hough.  I have always wanted to be a dancer; I’m sure he could teach me a few tricks on the dance floor.

I think the biggest challenge America faces is the fact that we are so used to having instant gratification in all we do.  We have been blessed as a nation to have endless opportunity and many things we want in life can be given to us in a snap of our fingers.  The value of hard work has slowly been diminished.  We must remember how to work in order to keep America strong.

I have a military family. My brother was a United States Marine and my uncle was a Colonel in the Army. I am so incredibly proud to have my freedoms and my family protected by such a force as our United States military.

Unless you are a surgeon and could endanger another person’s life I don’t think anyone should be forced to retire. There are people who love their jobs and love the things they do! Why should they be forced to give up the things in life they worked for and love?

No matter how much pain a person was in, I could not help him/her die.  It is not my place to interfere when it is or isn’t a person’s time to pass on.  I would help him/her be as comfortable as possible and pray that his/her pain would subside and he/she could pass on in peace.

ISIS is a worldwide threat and as such it should be handled in a worldwide manner.  Although the United States has the best military force in the world, it is going to take a team effort to take them down.  I feel that we should combine our forces and unite with nations around the world and work as a team to stop this threat.

Although acts of terrorism have been committed by Muslims, I think it is important to remember that not all Muslims are terrorists.  It is a very sad thing that some have put a bad name on their religion, but there are many good people who practice this religion.  If one dog has rabies, do you stay away from all dogs for the rest of your life?

PEOPLE SAY THAT MOST PAGEANT CONTESTANTS ARE RELIGIOUS. DO YOU AGREE OR DISAGREE?

I would agree. In my experience I have met many pageant contestants with a religious background.  I think this comes not only from how we were raised, but also from the fact that we understand that our talents are not just coincidence, they are given to us from a higher power, and for that we are grateful. 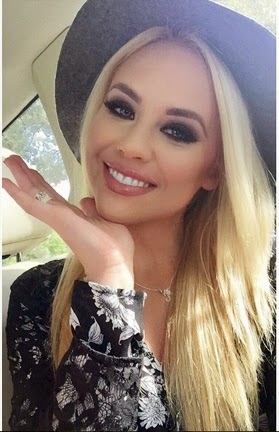 If a potential employer were to look at my social media outlets, it would see that I am surrounded by incredible friends and family. I love to travel. Laughter is a very important part of life.

I have gained so much from pageants!  I can honestly say I would not be the person I am today without my experience of pageantry in my life.  I have gained skills in interview, public speaking, self-confidence, and most importantly have learned to have an opinion and not be afraid to stand for what I feel to be true.  I recommend pageants to everyone girl in the world.

Women today do have many more options in their own lives, which is exactly why I want to Miss USA. It is an option for me and a choice I have made.  Being Miss USA will give me that opportunity to continue to empower women and help them see that they can be whoever they choose to be with hard work. 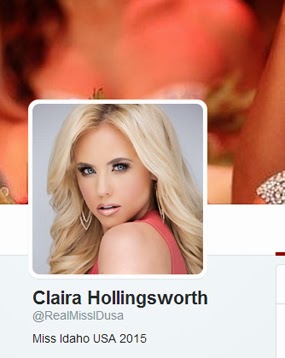 Thank you, Claira, for granting us this interview
and we wish you the best of luck in Miss USA 2015!

SECRETS TO BEING CONFIDENTLY BEAUTIFUL