My friends would describe me as determined, goofy, and non-judgmental. My friends always tell me how they admire my determination when it comes to following my dreams, and they also tend to trust me with personal matters because I've never been one to judge them as I believe we are all humans and we will make mistakes. On another note, I love to make jokes and I enjoy making my friends laugh at all times of the day.

Physical appearance is important; we just have to remember that physical beauty is relative. What might be beautiful to me might not be beautiful for another person. We still need to promote the need to take care of ourselves because physical appearance will always be the first impression you have on people. Our presentation card is our physical appearance and from there, people will want to get to know you based on how you present yourself with your look. You will then have opportunity to show your personality and possibly outshine your outer beauty with your inner beauty.

Joanna Coles, the editor-in-chief of Cosmopolitan Magazine who has inspired me through her career journey, which I wish to parallel, and also her innovative vision to reinvent Cosmopolitan from a stereotypical "sex" magazine to a playbook for today's modern woman.

CAN YOU LOVE WITHOUT DESIGNER SHOES? WHY OR WHY NOT?

I can definitely live without designer shoes. For me, fashion isn't about the price but more about the way you make it work. There are beautiful shoes in the market that aren't designer but will still complement your outfit perfectly.

I don't see any problem with the promotion of cosmetic surgery, as we live in a society where things are being promoted to us everyday, whether it’s at a bus stop or a television commercial. It will always be up to the individual to make the decision. I think everyone should be able to do what makes them happy and if it would help towards their confidence, why not? Of course, there are always limits and everyone should be careful with the decisions they make and how it will affect their health.

WHY DO YOU FEEL THERE IS SO MUCH ANTI-AMERICAN SENTIMENT AROUND THE WORLD TODAY?

When you are a leader, it comes with a lot of responsibility. One of those responsibilities is facing criticism and judgments in most of your actions. The United States, as a nation and a leader, must be involved in social and political decisions of other countries. Most of the time, not everyone will agree with those decisions because they do affect people but you do have others who are grateful for our country to be involved with theirs.

I do support this law from personal experience. In high school, I had to take a mandatory language course and I chose to take French. I ended up falling in love with the language and the country, which resulted in me taking four years of language when only two were required. I even took the opportunity of a French exchange program and I swapped lives with a Parisian student for 10 days. I would have never taken that experience or have been interested in the language if it wasn't for the requirement.

My dream man is someone who supports my visions with big dreams of his own. As someone who has many dreams and works hard to pursue them on a day-by-day basis. It’s important to have someone by my side that can push me positively and also inspire me. I also want to add in that this person would be family-oriented and also have a playful sense of humor.

WHAT ARE YOUR VIEWS ON AFFIRMATIVE ACTION?

Discrimination continues to deny opportunities to minorities and women, and I believe affirmative action creates an equal opportunity for everyone. I think minorities should be represented at schools and in the workforce, when qualified. I strongly believe diversity creates a better learning and work environment.

As they say, "Sometimes it's better to react with no reaction." I would tell her that I respect her decision and leave it at that because it is important to hear what others have to say but it's more important to control the situation in how you react to it. I would want to be a professional and also take in the moment that I have worked so hard towards. The other candidates have worked hard as well and it's understandable when some might get upset, but we should respect one another and be happy we lived the experience. 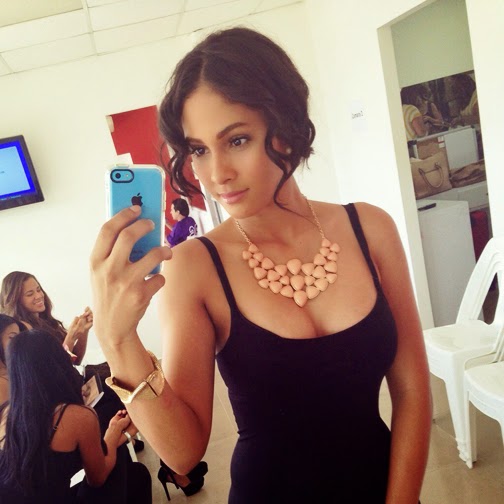 I would never disrespect my family, support an abusive relationship, or go hunting. I love and cherish my family deeply so I would never want to intentionally hurt them in such way. My mom was a victim of abuse and in honor of her I vowed to never support it. I am not a vegetarian, but when I was young, I accidentally saw my grandfather kill animals on his farm and I knew I could never do that. I didn't eat meat for a month after that!

If you're old enough to make the decision to have sexual relations, then you are old enough to take care of your body. Not only is it a health concern, but also life is a gift and I understand that things happen but repeated mistakes shouldn’t be considered mistakes. It's important to learn from each experience so I do support abortions being banned for those who have repeated abortions, but continue not to use birth control.

I think our culture is too preoccupied with external beauty. Many tend to judge a person based only on their appearance and we even have jobs that hire people based on their beauty over their skill level. I believe this isn't fair and we must reflect upon ourselves before we could change a society as a whole. I think if we as individuals work hard to look at people for their inner beauty and not only their outer, we'll be able to strengthen our own character.

I don't believe there should be a certain age in which people are forced to retire, unless a medical concern is involved. I know people who are in their 60's that are more active than people in their 20's. I feel that a regulation like that would really be taking their freedom away and that's not what this country is about.

The diversity of the United States is what makes me extremely proud of my country. There is a diverse amount of beliefs, cultures, personalities, and life stories in any state you visit. As a New York native and a child of Dominican immigrants, diversity has always been an important part of my life.

Unfortunately, Americans are learning to live with gun massacres. Americans began weighing the government’s obligation to protect the rights of gun owners against its duty to protect the lives of its citizens, particularly the very young. People argue for more thorough background checks for gun buyers, with better screening for those with mental illness but it’s been tricky to go fourth with any change with the rights that gun owners have.

I think you are what you truly feel. We should support each person’s ability to declare his or her own gender identification. You only get one life and I think everyone should have the opportunity to live it in the matter they are most comfortable in, whether it’s as a woman or man.

From my social networks, one can see that I am a professional who continues to follow her passions and dreams, while supporting the dreams of others. I also love to be interactive and join in on conversation, so I do give my opinions, put my two cents in on my favorite shows like "Scandal" and share life moments.

My goals for the next five years, aside from going to the Miss Universe competition as Miss USA, are to move up in the publication industry, to finish my self-help books, to help first-generation university students and to continue to build strong relationships as a mentor.

Pageants have given me the opportunity to become the best possible version of me. I have been able to strengthen my interview skills, which have helped me as a communication studies graduate and as a professional in the workforce. I have gained confidence and poise from performing on stage, which has been a crucial part in me growing as a woman and staying true to myself. One of the most important factors is that I've gained lifetime friends. I have three best friends (that I met through a pageant) that I speak to everyday and we continue to support one another years after. 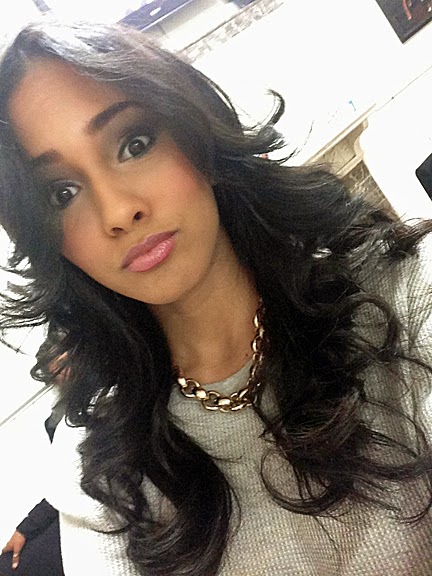 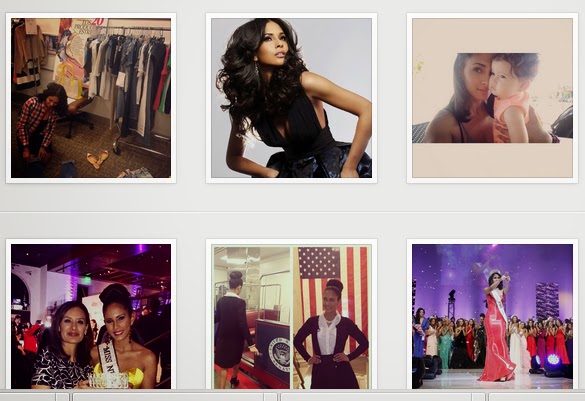 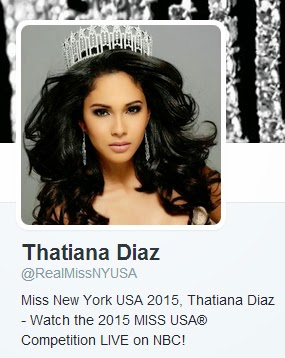 Thank you, Thatiana, for granting us this interview
and we wish you the best of luck in Miss USA 2015!