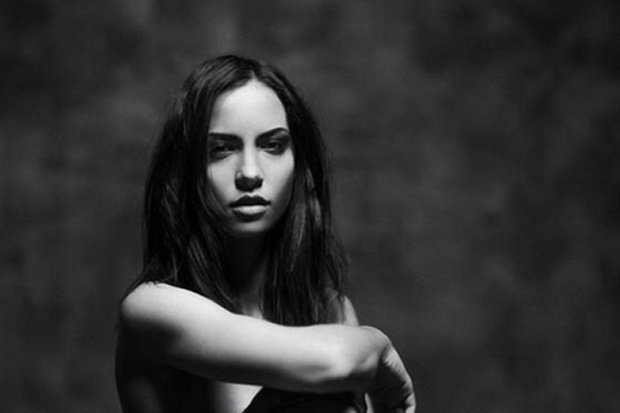 TWITTER
Uptight pageant bosses didn't take too kindly to Eugénie Journée's sexy snap and ruled she had "breached the professional code of ethics".
Her Twitter fans threw their support behind Journée.
One Twitter user wrote: "Dropped because of this photo? Seriously? Aren't you ashamed Sylvie Tellier (the pageant organiser)?"
Another user wrote: "What! You can only see her feet!"
Others said they would boycott the national pageant Miss France, which Journée, 23, had qualified for after winning Miss Brittany.
Ms Tellier told Metronews: "The problem isn't whether the photos are shocking or artistic. It's the act of going nude that we punish."
"It's a shame because she is very pretty. She was one of my favourites." 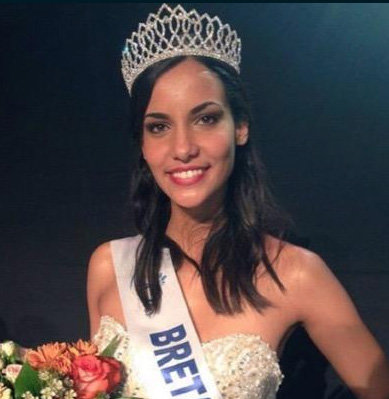 TWITTER
DROPPED: Eugenie Journée will now be unable to compete in the Miss France pageant later this...

But after being booted from the hugely-popular Miss France competition, Léa Bizeul will replace her after she finished in second place.
The competition is no stranger to controversy.
Norma Julia was crowned Miss Roussillon – after one of the favourites disappeared in 2013.
But Julia was stripped of the title after posing for semi naked photos.
And in 2011 Laury Thilleman – the Miss France champion - was dethroned after getting her kit off for Paris Match magazine.


On her Facebook page, Eugénie posted the following message: 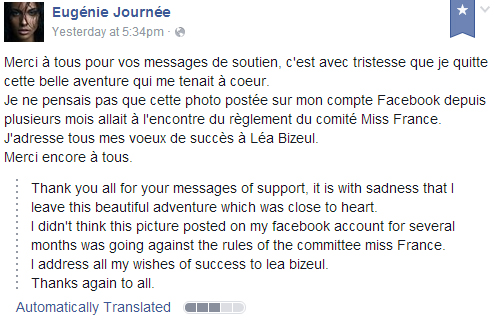