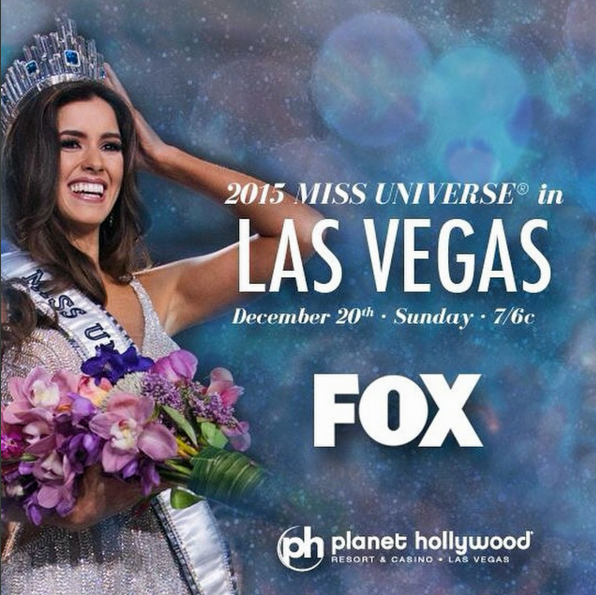 NEW YORK: FOX has picked up the U.S. broadcasting rights for the 64th annual Miss Universe Pageant, which will air live on December 20.

The deal was struck between IMG and The Miss Universe Organization with FOX. The three-hour event will air live from the Planet Hollywood Resort & Casino in Las Vegas. As part of the pact, the network will also have the U.S. rights to air Miss USA.

The pageants had previously been dropped by NBC and Univision, among other networks, over remarks made by Donald Trump about Mexican immigrants. This came just before the Miss USA pageant was set to air. Reelz Channel stepped in at the last minute to broadcast the event.

IMG acquired the pageants in September.

“The Miss Universe and Miss USA pageants are iconic television events loved by generations of viewers around the world,” said David Madden, the president of entertainment at Fox Broadcasting Company. “We are very excited to partner with IMG and The Miss Universe Organization to infuse a fresh new energy into these perennial broadcast favorites.”