Pradit Pradinunt, chairman of Mister Global Limited, issued an official statement yesterday announcing that the current Mister Global Teen 2015, Daham Dias from Sri Lanka, will not be dethroned following the release of a controversial topless selfie of him lying next to a Thai "lady boy" (pre-op transgendered woman) and Christian Daniel Ortiz, the current Mister Universal Ambassador 2015 from Puerto Rico. The selfie was taken during a swimwear photoshot, and according to Pradinunt's statement, Dias had accepted the modeling job without Pradinunt's authorization, which is a violation of his contract with Pradinunt's pageant company. You can read the entire official statement below. 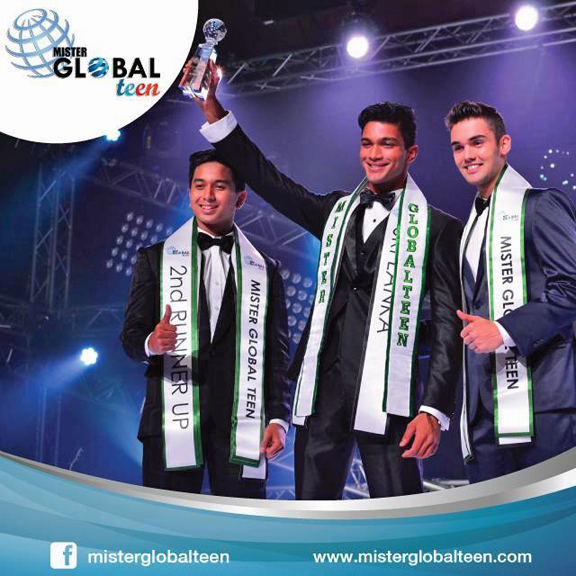 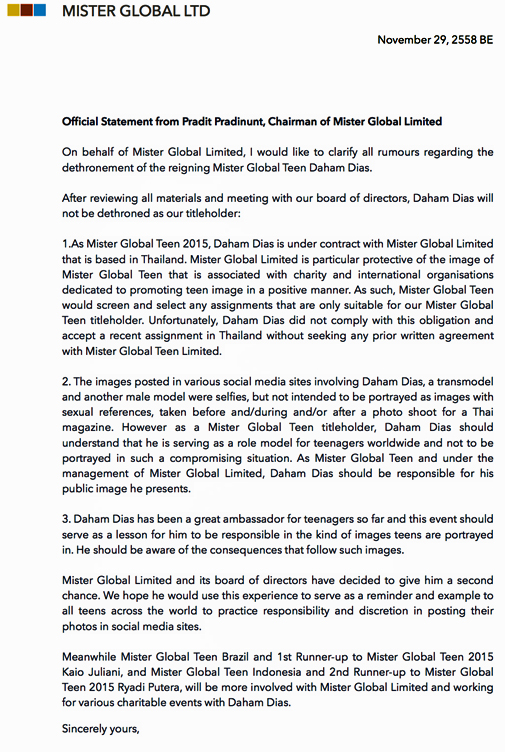