It's Official: France's Flora Coquerel Is 3rd Runner-Up in Miss Universe 2015. But Is She Really?


Last December 20 at the Planet Hollywood Theater and Casino, millions of televiewers worldwide and members of the live audience witnessed what would go down in pageant history as the most confusing and most chaotic last 10 minutes of any Miss Universe telecast. Just minutes after host Steve Harvey announced that Miss Colombia Ariadna Gutierrez had won Miss Universe 2015, he apologized and said that Miss Universe 2015 is actually Miss Philippines Pia Alonzo Wurtzbach. Outgoing queen Paulina Vega had the unpleasant task of removing the crown from Ariadna's head and placing it on Pia's. Mixed emotions (joy, sadness, anger, bitterness, shock, surprise, hatred) ruled that evening as the whole world had just seen two beautiful young women instantly become the center of controversy of magnanimous proportion. The rest is history.

Well, almost. After the first part of the Q & A portion, two finalists were eliminated from the top five - Miss France Flora Coquerel and Miss Australia Monika Radulovic. Both women answered their respective questions rather well and received warm applause from the audience. After the mistake was straightened up and all the confusion was over, the official placements showed Miss Philippines as the winner, followed by Miss Colombia, and then by Miss USA Olivia Jordan. The official final placement of Miss Australia and France was never announced.

Until Miss France Flora Coquerel posted on her Instagram yesterday that she is actually the 3rd-runner-up, as evidenced by her selfie holding the "3RD RUNNER UP" trophy and kissing it. However... (scroll down) 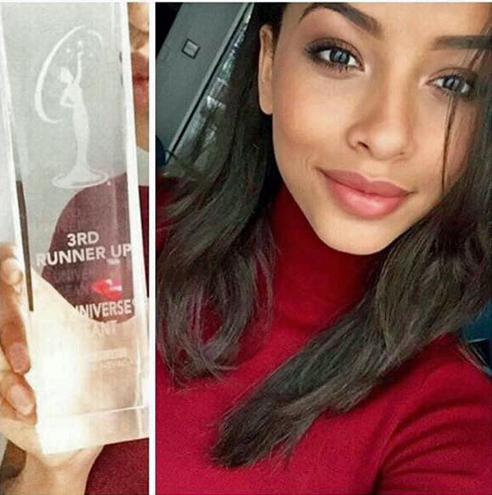 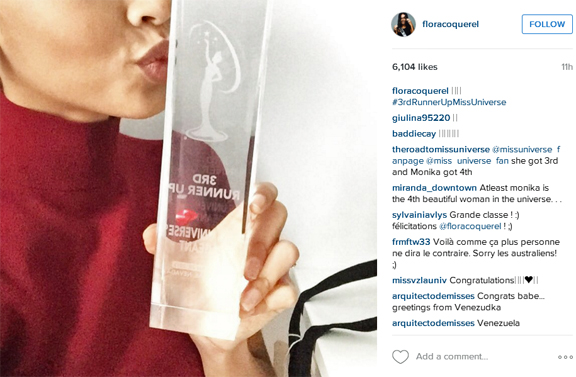 ... Miss Australia Monika Radulovic also posted on her Instagram that she is "3rd ru Miss Universe" - which generated cordial as well as not-so-cordial comments from pageant fans. Confused? Uhmmm... yes! Unless someone from the Miss Universe Organization was playing games and notified Australia that she was 3rd runner-up but handed the 3rd runner-up trophy to France instead. LOL! 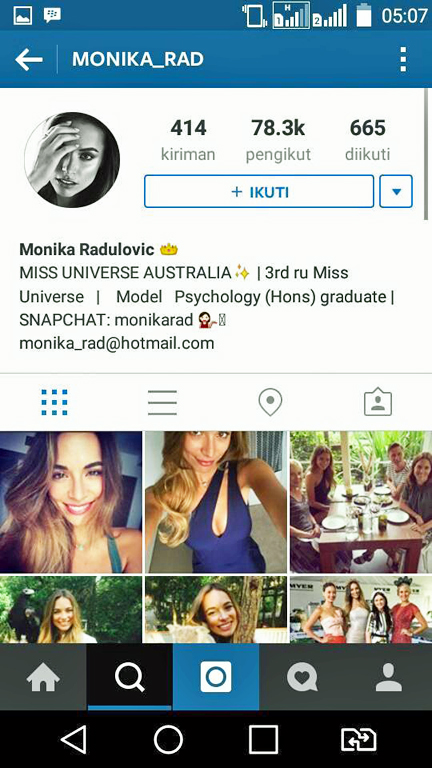 As I write this article, Monika has not removed the "3rd ru Miss Universe" designation. Why should she? If she believes that she is the rightful 3rd runner-up, then let her be, with or without a 3rd runner-up trophy. Though imagine her disappointment when one day she receives a "4TH RUNNER UP" trophy and MUO sends her a "cease and desist" letter to change her Instagram designation to "4th ru Miss Universe". Then she would be obliged to apologize to her fans and then temporarily suffer from universal embarrassment. Oy vey! Or should it be Oz vey! 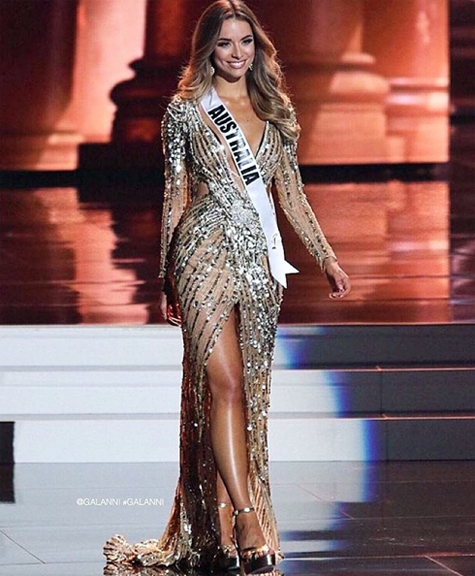 This mess could have been easily avoided if MUO had just kept the traditional placement of top five in ascending order and not played with confusing the viewers. But then again it could be a clever ploy to further engage fans in the crowning controversy by making them wonder about France and Australia's official placement - and driving fans to contact MUO and to follow and like the pageant's official social media sites. Thus, the more people talk about it, the more publicity for the pageant! Clever indeed.

Usually a day after the coronation, the Miss Universe website is quickly updated to show the photo of the winner with the title spread across the bottom of the photo, like this one from 2014: 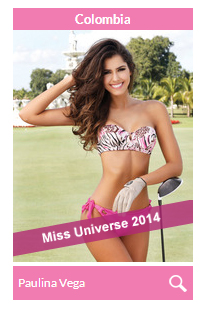 But none of that sort in 2015, which adds further to mystery - or perhaps just simple negligence in the part of the MUO staff.

So who do you really think should have been 3rd or 4th runner-up? Haha


It appears that a pageant fan, who is still disenchanted with the confusing placement of Miss France Flora Coquerel and Miss Australia Monika Radulovic, reached out to Monika via private message. This fan posted the screenshot of her chat with Monika on the Missosology forum. Monika explains her side of the story: 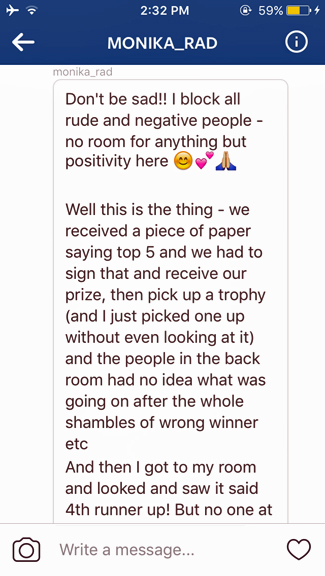 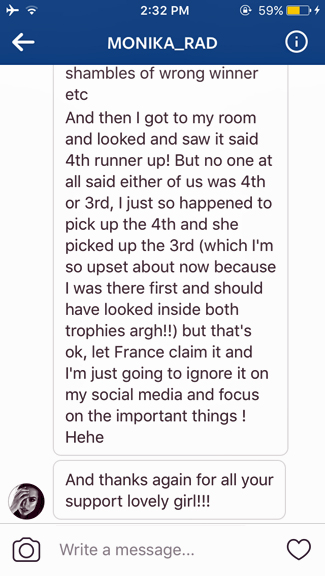 So based on Monika's account, it appears that MUO screwed up in the distribution of the trophies. This is rather unusual about them because I've always believed that MUO is usually on top of everything, especially if it concerns the distribution of trophies and prizes. I am curious to see the paper that the top 5 finalists had signed, per Monika's narrative. And were there any witnesses to this signing? So she claims that she "was there first" - so I assume she signed next to the line that says "3rd runner-up" and then grabbed a trophy without checking if it was for the 3rd runner-up or 4th runner-up. But if she had signed next to the line that says "3rd runner-up," then that would mean that Flora must have signed next to the line that says "4th runner-up", but grabbed the "3rd runner-up" trophy anyway! LOL. So Flora goes back to her room and notices that she took the wrong trophy, but kept it anyway. This is all so bizarre. It feels like a "Twilight Zone" episode! Hahaha

If the new owners of the pageant wish to make changes, then by all means do them - hopefully for the best. But please do not fix something that is not broken. I wish they had preserved the tradition of formally presenting the winner and the finalists during the press conference immediately following the coronation. Each of the runners-up would get her respective trophy and this would prevent any confusion at all. But more importantly, the finalists' dignity would remain intact.