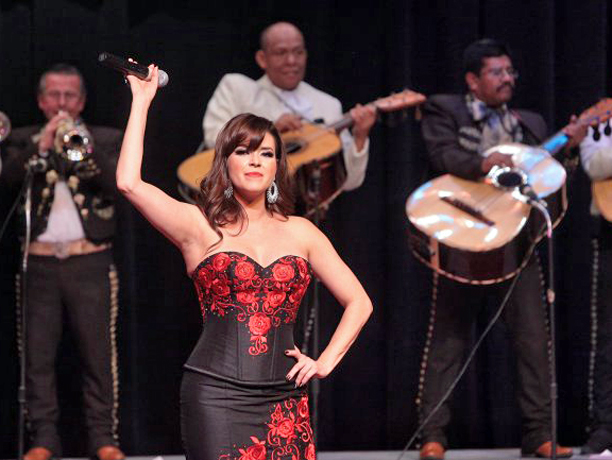 Venezuelan actress and former Miss Universe Alicia Machado was named Mexico's new Mariachi Queen during a ceremony in the capital.
The 39-year-old Machado said during her coronation on Saturday that mariachis had been a "constant" in her life.
Machado said she once ran away from home and her father brought some mariachis to the house to cheer her up and keep her from running away again.
The actress said mariachis had been a part of her life since then, performing at parties, birthdays and other events.
Machado said that after living in Mexico for 20 years, she now felt "very honored" to be named Mariachi Queen.
Mexico's mariachi organization started naming an annual Mariachi Queen more than 25 years ago. EFE
Souce: Latino Fox News, Jan. 31, 2016
at 7:00 PM